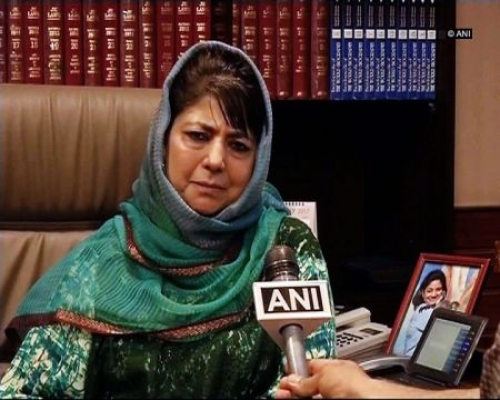 Kupwara (Jammu and Kashmir) , Sept. 19 : Jammu and Kashmir Chief Minister Mehbooba Mufti on Tuesday appealed to end hostility between India and Pakistan on the borders, saying that one can change friends, but not neighbours.

"We can change our friend, but we cannot change our neighbours. I appeal both India and Pakistan to stop firing at borders. We should stop this war," Mufti said while addressing a public meeting here.

She said that Jammu and Kashmir has struck between India and Pakistan and it's always the people of the state who bear the brunt of the skirmishes.

"When both the countries fight we suffer the most. It is unfortunate that rather than asking for school and colleges, we ask for bunker to get protected from the ceasefire coming from the other side," he said.

She added that the there is no other options than being friends with each other and hoped that someday the situation will be peaceful.