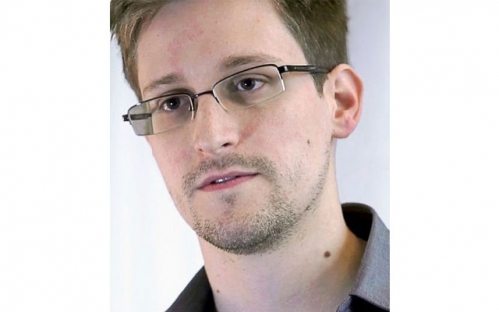 New York, Jan 13 : The Pardon Snowden campaign has been delivered more than 1 million signatures to President Barack Obama, urging him to pardon whistleblower Edward Snowden before he leaves office on Jan 20.

The signatures delivered to the White House, totaling 1,101,252 in number, were collected by the campaign, the American Civil Liberties Union, Amnesty International, Human Rights Watch, Demand Progress and CREDO Action.

People from all over the world have come together to show their support for Edward Snowden and thank him for the public service he performed in standing up for their human rights. Edward Snowden is a hero, not a traitor, and that he remains in limbo years after sparking such an important global debate about surveillance and privacy is a gross injustice. He deserves better than a life in exile, said Salil Shetty, Amnesty Internationals Secretary General.

By pardoning Snowden President Obama would place himself on the right side of history, and demonstrate that he stands with all those who fight for what is right, even at great personal cost.

The campaign has made the case that:

Snowdens disclosures sparked a critical global debate about government surveillance, increased oversight by all three branches of government, and significant reforms by Congress and the executive branch;
Snowden took great care to disclose information responsibly and only to trusted, established journalists, on the condition that they would allow the U.S. government to make a case against publication;
Whistleblowers are a check on government power and should not be tried under the World War One-era Espionage Act, which does not distinguish between selling secrets to foreign governments and giving them to journalists working in the public interest.

When the internet first came along, we thought it was going to be a beacon for freedom, sharing, and learning. Edward Snowden showed us that the internet was actually being used by governments and companies to monitor us and invade our privacy, said Wozniak. He gave up his whole life to stand up against secret spying and for the Constitution. Thats why hes a hero, and its why he deserves a pardon.

You said yourself in 2014 that the debate spurred by Snowden will make us stronger. You were proven right, the letter reads. We are confident that Edward Snowden will be remembered as a human rights hero and one of historys most important whistleblowers. A presidential pardon for Snowden would be a brave affirmation of citizens right to hold governments to account when power is abused.

Ellsberg, who famously blew the whistle on the Pentagon Papers, the Department of Defense report detailing the U.S. governments involvement in Vietnam, appealed to President Obama to act:

There is no one in this world with whom I identify more closely than with Edward Snowden. He saw dangerous, illegal, and unconstitutional policies that fundamentally threatened our democracy, and instead of turning away, he sacrificed everything to stop them. I hope government employees who see wrongdoing will follow his example in fulfilling their oath to defend the Constitution. President Obama should recognize his bravery and allow him to come home.

In November of last year, more than a dozen former staffers of the Senate Church Committee, which oversaw a bipartisan investigation into the U.S. governments intelligence activities in the 1970s, asked President Obama and Attorney General Loretta Lynch to show leniency to Snowden. Arguing that Snowdens actions benefited democracy, they cited the governments treatment of National Security Advisor Sandy Berger and ex-CIA directors John Deutch and David Petraeus, all of whom disclosed classified information.

President Obama has commuted the prison sentences of a total of 1,176 people, and granted pardons to 78 people. This includes pre-trial pardons for three Iranian American men in the framework of the Iranian nuclear deal, reached in 2015.

Cases like Edward Snowdens are precisely the reason that the pardon power exists, said Ben Wizner, Snowdens ACLU attorney. President Obama has the opportunity to use this power in recognition of one of the most important acts of whistleblowing in modern history. Taking action while its still possible would send a powerful signal to the world, in troubled times, that many Americans are still committed to human rights and democratic principles.