New Delhi, Nov 15: An adult human body contains about two-three grams of Zinc, much needed for the body's enzymes and immune system to function properly.

Buildings near coastal areas are prone to cracks, even if pin-hole humidity reaches the rebars.

Once rusted, rebars expand seven times, leading to cracks in the buildings. 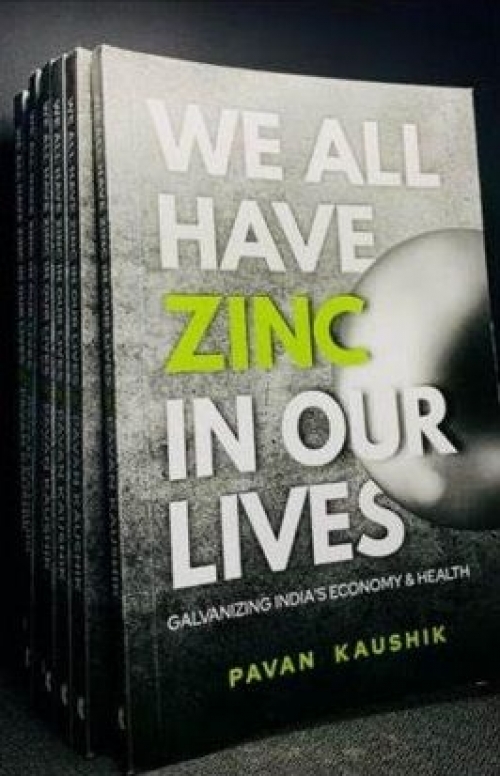 The book 'We All Have Zinc in Our Lives - Galvanizing India's Economy iamp; Health', is a comprehensive book on the benefits of Zinc. It has been authored by Pavan Kaushik, a former Vice President and Head of Corporate Communication at Hindustan Zinc (a Vedanta Group company).

Pavan has been a regular writer in media and a storyteller, who has to his credit a number of stories and articles on Zinc, Lead, Silver, Iron Ore, Copper, Aluminium, and other natural resources. He is a veteran in his field with over 30 years of experience in communication, and has been a media consultant for International Zinc Association (IZA), Durham, USA, and is an independent consultant to Gerson Lehrman Group (GLG) New York, USA.

The entire inspiration to write this book on Zinc has come while working in Hindustan Zinc and by promoting the benefits of Zinc for good health and sustainable infrastructure, Pavan Kaushik says. He has worked for more than 12 years in Hindustan Zinc, the only integrated Zinc producer in India, with mines and smelters located in Rajasthan.

The author says, "We need Zinc for good health and also for a healthy iamp; sustainable economy. It is a research-based book that would give readers an insight into how the eighth known metal to the mankind and fourth widely consumed metal in the world, is extensively consumed.

India had been producing Zinc at a large scale since the 12th century onwards. The mines in Rajasthan have given evidence of Zinc production since the 6th century BC. Zinc was distinctly recognized as a metal under the designation of 'Yasada' or 'Jasada' (Yashad) in the medical dictionary written in the year 1374. The Zawar mines of Rajasthan are one of the oldest evidence of Zinc mines that dates back to the 9th century. These mines have been active since the Mauryan period. The smelting of metallic Zinc appears to have begun around the 12th century in India.