Seoul, Oct 3: LG Electronics said it has showcased the world's largest organic light-emitting diode (OLED) TV at the latest trade show in the US in a bid to target the premium TV market in North America. 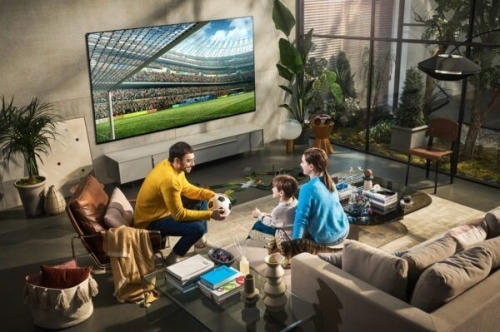 At the CEDIA 2022, the company also showcased the Flex, the world's first bendable OLED gaming monitor, and movable LG StanbyME.

LG Electronics said with the latest new lineup, it aims to solidify its leadership in the premium TV market in the U.S. as high demand is expected during major shopping seasons in the U.S., such as Black Friday in November and Christmas.

OLED TVs accounted for 33.2 per cent of all TV sales by LG in the first half.

TV manufacturers have been doubling down on their push in the high-end, more profitable segment, where demand slowed down less markedly than in the budget category.

In the premium TV segment, in which TVs are priced at $2,500 or more, Samsung Electronics Co. took up a 53.6 per cent market share, followed by LG at 21.5 per cent and Sony at 17.2 per cent, according to industry tracker Omdia.

In the OLED TV segment, LG kept its solid No. 1 spot by selling 1.69 million units in the first half, about 62 percent of all global OLED shipments.