The Future of Online Learning in India 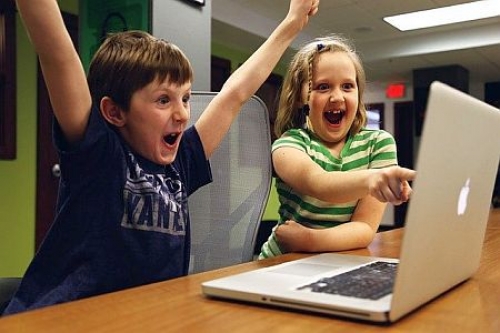 New Delhi, Dec 30: Have you ever taken an online course? If not, then you definitely should. In today's digitalized world, online learning seems to be making a huge hype among education professionals and students.


It has so much potential to help students learn faster and educators to improve their teaching methods that it is now a global trend. According to data, online learning increases retention rates by 25% to 60%.

Thanks to technology, today's lectures and seminars are no longer confined to the classroom. Why? Simply because educators and students can now use digital tools to make the learning process happen. From mobile devices to virtual learning systems and online courses, these are all modern tools used in e-learning. Since e-learning is so popular these days, data shows that the global e-learning market is expected to account for $325 billion by 2025.

But what does the e-learning landscape look like in India, one of the world's largest and older education system?

The Indian education system is often a topic of debate over things like outdated curriculum, high costs of education, quality of teachers, and lack of infrastructure. However, India seems to be one of the world's countries that is very responsive in embracing the benefits of e-learning. And, why wouldn't it when everything is going online? In India, education is going online as well.

Another key driver that increased the popularity of e-learning in India is the inability of the traditional education model to fulfill the additional capacity of students who need to be enrolled in schools or colleges.

Moreover, the Indian government has also brought its contribution to the growth of the e-learning market. In 2018, the University Grants Commission decided to allow higher educational institutions in India to offer certificates, diplomas, and degree programmed in the digital world to the students. It is obvious that the benefits of online learning have convinced even the government that it is time for a reform that will encourage more students to continue their studies.

Moreover, the government has also created multiple programs that aim to spread digital literacy and to create a knowledge-based society by implementing principles that encourage access to education to every Indian. Those programs were formulated with initiatives such as "Digital India" or "Skill India", and many others.

Tech sector and e-learning, growing together

India has long been one of the most popular destinations for low-cost outsourced software and support services. And, over the past years, the tech sector in India has grown at a very rapid pace making experts believe that India has the potential to become the next Silicon Valley.

So, what is the connection between the tech sector and the rise of online learning? The current job scenario in India has two pressure points including layoffs and the fact that automation is threatening workers. Data from a report of the World Bank suggests that automation is threatening 69% of the current jobs in the country. The job scenario is dealing now with a wave of massive layoffs, especially in the IT, Telecom, and manufacturing sectors.

Therefore, in a job market where human workers are very likely to be replaced by technology, education is more important than ever to improve their chances of finding a job that matches their skills and education level.

Education is made affordable accessible

The accessibility and affordability of education somehow go hand in hand.

Data shows that India is currently the world's fastest-growing major economy. However, it is also, unfortunately, the country with the largest number of poor people globally next to Nigeria.

Yet, luckily, studies show that the country has succeeded to bring over 133 million people out of poverty during the 1994-2012 timeframe and the rates of extreme poverty continue to decline drastically. But, when looking at the bigger picture, the country still has about a quarter of the world's extreme poor with many social inequalities affecting the nation.

That being said, the rise of online learning in India can actually bring relief to those poor families that can't afford to keep their kids in schools. Compared with traditional education, online learning is a lot more affordable and accessible even to those who don't have the best financial status.

With the launch of the American video-sharing platform, YouTube, there has been a growing trend among the Indian nation of uploading, viewing, rating and sharing videos on YouTube.

There is a multitude of Indian YouTube channels launched by Indian learning creators who aim to offer students a new opportunity to learn through watching videos. From showing how to make a robot to how to start training for a marathon to math, chemistry, or science lessons, these creators offer a multitude of lessons through various kinds of videos.

Edewcate, Arvind Gupta, or Unacademy are only a few of the most popular Indian YouTube channels, with thousands of subscribers, that upload content to help students in various degrees of educational pedagogy. Moreover, thanks to the hype about educational YouTube channels, YouTube India has recently announced that there will be huge investments made in some of the best learning creators.

E-learning has a very promising future not only in India, but globally as well. It brings several benefits to both students and educators which is why experts expect the traditional education sector and the e-learning sector to work in tandem for a more educated world.

Like This Article?
The Future of Online Learning in India