If we are chasing well, need to do same when batting first: Ganguly 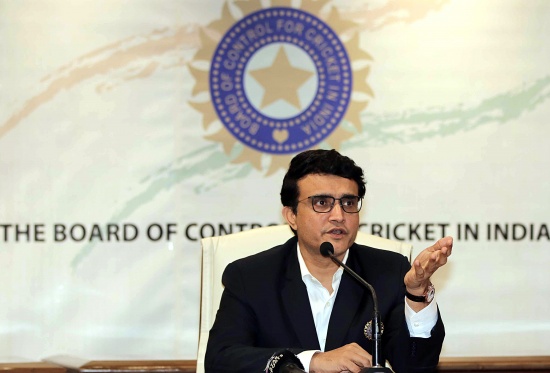 Dec 06, 2019 (2 months ago) | IANS
"If we are chasing very well in T20 cricket, we need to do the same when batting first. I have some thoughts which I will share with Virat (Kohli), Ravi (Shastri) and the management. We haven't played many T20 internationals and I am confident by the World Cup we will be absolutely ready," Ganguly said while unveiling Sharmistha Gooptu's book "Menoka Has Hanged Herself".

Ganguly went on to reiterate that doing well in Test cricket is the ultimate goal for this Indian team and they have the team to do well in the next Test series in New Zealand.

"That's the ultimate ambition. We have done well in Australia last year. We have the team to do well in New Zealand and again in Australia. That's what our aim is as the world's best Test team," he pointed.

India start another T20I series on Friday when they take on West Indies and skipper Kohli has spoken on the need to keep experimenting with the squad as they prepare for the WT20.

"We need to focus on batting first and defending low totals as well. Those are two things that we need to really focus on. T20 is a format where you can experiment a lot more than ODIs and Tests," Kohli told reporters ahead of the first T20I against the West Indies.

"You want to give chances to the youngsters in the shortest format, we have not played the strongest eleven together in T20Is so rankings cannot be considered.

"We have the mindset that we will not focus on the rankings. Now heading into the T20 World Cup, we need to take our best team to the field, we would probably be playing our strongest eleven going into the World Cup," he added.

Like This Article?
If we are chasing well, need to do same when batting first: Ganguly