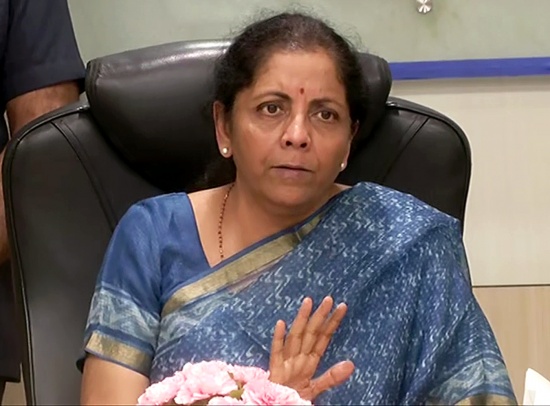 Dec 05, 2019 (2 months ago) | IANS
"Steps are being taken other than procurement," she told Lok Sabha while replying to the debate on Supplementary Demands for Grants for 2019-20 where she also said export of onions have been banned and tender have been floated for its import.

The Minister also told MPs the government has also decided to import to procure from the open market of countries with a surplus and from onion-growing regions. She further added steps are being taken for distribution of the onion through open mandis auction .

She also said that the government plugged all loopholes through DBT and "all dalals and middlemen have been eliminated from the system".

Lok Sabha later passed the first batch of Supplementary Demands for Grants allowing the government to spend an additional Rs 21,246.16 crore, including over Rs 8,820 crore in the newly formed Union Territories of Jammu and Kashmir, and Ladakh in the current fiscal ending March 2020.

The total cash outgo will be about Rs 9,000 crore. The government has sought Rs 8,820.62 crore as grants for Union Territories of Jammu and Kashmir, and Ladakh in lieu of the erstwhile state's share of 14th Finance Commission Award. Another Rs 4,557 crore will be infused in the IDBI Bank through recapitalisation bonds, while Rs 2,500 crore will go into recapitalisation of state-owned insurance companies.