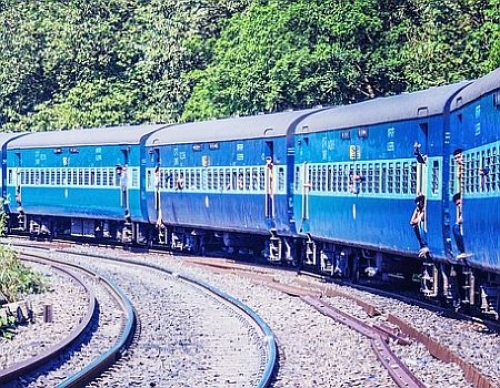 New Delhi, Dec 2 : The Indian Railways recorded an operating ratio of 98.44 per cent in 2017-18, the worst in the last 10 years, said the Comptroller and Auditor General (CAG) in its report tabled in Parliament on Monday.

"The factors mainly attributable to meagre surplus were increase in working expenses (8.14 per cent) and negative growth rate of sundry earnings (16.20 per cent). Staff cost, including pension payments, constituted the bulk of working expenses," it said.

"The steadily declining performance of railways is reflected in the operating ratio (OR) of 98.44 per cent, the worst in the last 10 years," the CAG report stated. The national transporter would, in fact, have ended up with a negative balance of Rs 5,676.29 crore instead of surplus of Rs 1,665.61 crore, but for the advance received from NTPC and IRCON, it said.

According to the railway officials, the operating ratio is a measure of expenditure against revenue and it shows how efficiently the national transporter is operating and how healthy its finances are.

"Decline in generation of internal resources resulted in greater dependence on the gross budgetary support and the extra budgetary resources (EBR). With depleting surplus, the Railways is leaning heavily on the central government and on EBR for meeting its capital expenditure. An increased reliance on borrowings will further exacerbate its grave financial situation," the CAG report said.

Like This Article?
Railways operating ratio of 98.44pc worst in 10 years: CAG