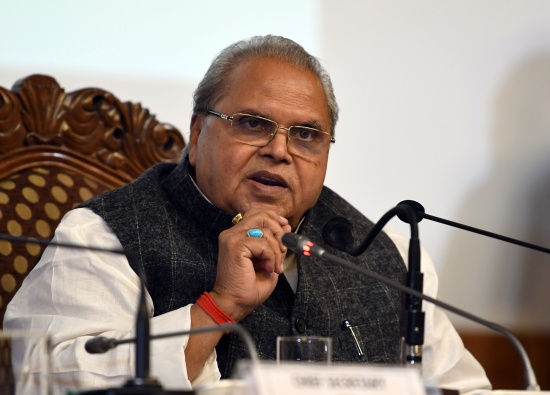 Panaji, Dec 2 : Mahatma Gandhi was physically murdered by Nathuram Godse but his soul was killed by his political successors, who reduced him to the status of a 'charkha' (spinning wheel), Goa Governor Satya Pal Malik said on Monday, quoting his mentor - the late socialist leader Ram Manohar Lohia.


"Lohia believed that Gandhi was physically killed by Godse. But the real political successors of Gandhi, they killed his soul. They forgot the qualities of Gandhi and reduced him to a 'charkha'," Malik said, while speaking at a function here organised by the Goa government's Art and Culture Ministry to commemorate the 150th birth anniversary of the Father of the Nation.

The Governor's comment comes within days of the uproar in Parliament following BJP MP Sadhvi Pragya alleged praise of Godse in her speech in the Lok Sabha, for which she apologised later.

Lauding Lohia's vision, Malik also said that he had observed the late socialist leader from close quarters during his early years as a student activist.

"I have been a student of Lohia in my student days. I had a good relation with him. No one has inspired the generation after Independence more than Lohia. The entire student agitation in North India is a gift of Lohia. We have known Gandhiji from the vision of Lohia," he said.