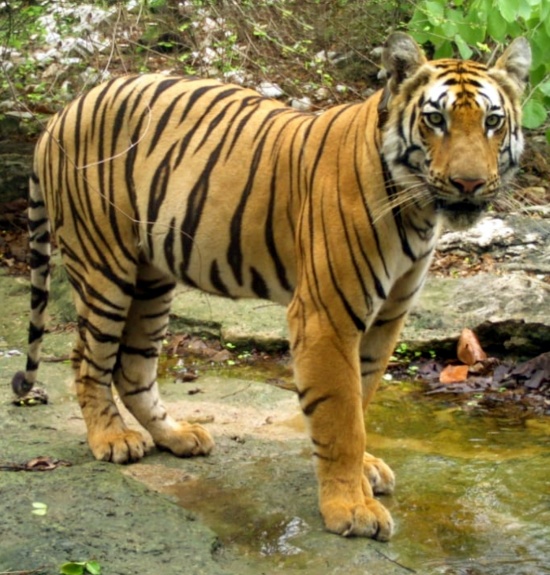 New Delhi, Dec 2 : Indian authorities detected 346 cases of wildlife crime, including six elephants' death due to poaching and 21 cases of tiger poaching during 2018, the government announced on Monday.

The ministry said that in 2018, the maximum number of cases (55) were reported from West Bengal, followed by Maharashtra with 43 cases and Assam with 42 cases. In 2017 again, West Bengal recorded maximum number of cases (59), followed by Tamil Nadu with 44 and Assam with 41. In 2016, 66 cases each were reported from West Bengal and Uttar Pradesh, 45 cases from Maharashtra and 40 cases from Assam.

About elephant deaths due to poaching, the ministry said that in 2018, a total of six elephants lost their lives to the hands of poachers, with two incidents reported from Odisha and one each from Uttarakhand, Tamil Nadu, Meghalaya and Jharkhand.

As per information received from National Tiger Conservation of Authority (NTCA), a statutory body under the ministry with an overarching supervisory and coordination role to perform functions as provided in the Wildlife (Protection) Act, 1972, there have been 21 cases of poaching of tiger and 10 cases of tiger body part seizures during 2018.

The ministry said that incidences of poaching are reported in various parts of the country from time to time and it the Wildlife Crime Control Bureau which receives data from states related to wildlife crime and is also a law enforcement agency. The bureau was set up to gather intelligence about poaching and unlawful trade in wild animals and animal articles and to achieve inter-state and trans-boundary coordination in the enforcement of wildlife laws.