Pawar to meet Sonia to discuss alliance with Sena 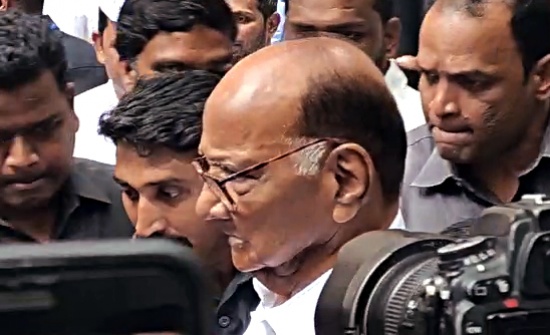 
Speaking to IANS in Parliament, Pawar said, "I will meet Sonia Gandhi at her residence today in the evening."

According to Congress leaders, the meeting will take place at Sonia Gandhi's residence and would focus on Maharashtra where President's rule was imposed last Tuesday.

Party sources said pre-poll alliance partners -- Congress and NCP -- have already worked out a common minimum programme (CMP) with the Shiv Sena for the government formation.

Sources indicated that during the meeting, the portfolios among the three parties and the formula for the government will be discussed.

Congress sources said that before saying yes to the alliance, the party wants the Shiv Sena to shed its hard Hindutva ideology and take a secular stand on several issues.

He also said the NCP wants the Congress to be part of the government.

On the other hand, the Congress and the NCP won 44 and 54 seats, respectively in the state.

Like This Article?
Pawar to meet Sonia to discuss alliance with Sena