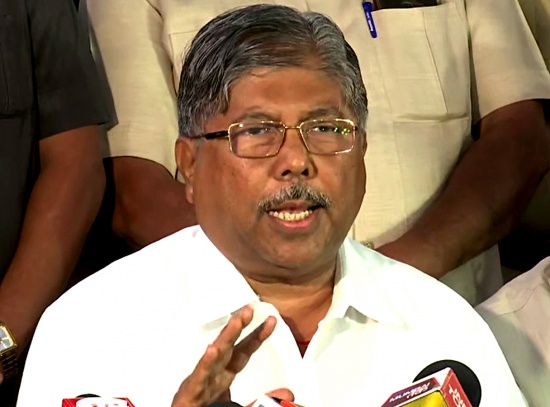 Mumbai, Nov 10 : In a major political development, the Bharatiya Janata Party on Sunday admitted it was not in a position to form the government in Maharashtra despite having a public mandate for its pre-poll alliance.


BJP State President Chandrakant Patil said the party's stand has been conveyed to Governor B.S. Koshyari this evening after hectic meetings of the party core committee since morning.

"If the Shiv Sena is in a position to form the government with the help of the Congress-Nationalist Congress Party, we offer them our best wishes," Patil said in a brief interaction with the media on the Raj Bhavan lawns.

Like This Article?
BJP says it cannot form government in Maharashtra