Yo Yo Honey Singh: Acting is not my cup of tea 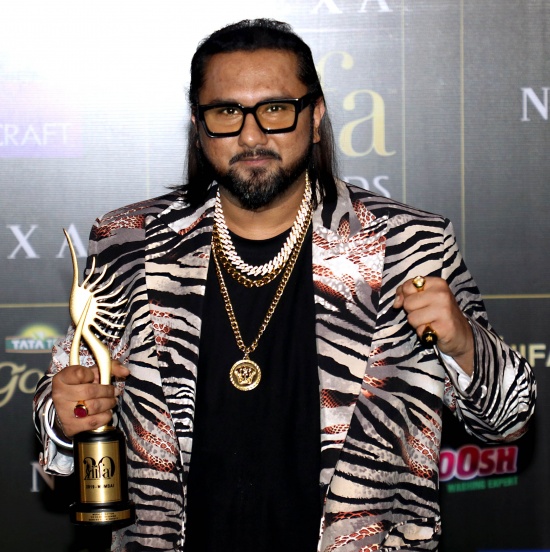 New Delhi, Nov 10 : He regularly makes news with his instant winner rap numbers, as well as the often-controversial lyrics of the songs. Rapper Yo Yo Honey Singh, who enjoys a following of 5.3 million on Twitter and 3.4 million on Instagram, has belted out numerous hits, and has been tagged a pioneer of Punjabi pop since the late 2000s.


To take his game to the next level, Singh has also tried venturing into the world of acting. He made his acting debut with the 2012 Punjabi film "Mirza The Untold Story", and two years later made his Bollywood debut with "The Xpose" alongside Himesh Reshammiya.

The rap sensation has tried a few more times since then, to be a star in front of the camera. However, releases such as "Tu Mera 22 Main Tera 22" and "Zorawar" -- which is marketed as one of the most expensive Punjabi films to date -- did not help him recreate the frenzy he so effortlessly triggers off among fans as a singer.

Singh is now convinced he doesn't want to act in films anymore.

"I tried acting and I realised it is not my cup of tea. I think I should not do it," Singh told IANS.

His streak with hit music, of course, will continue. Not only is he regularly spinning chartbusting non-film hits, his rap numbers have contributed to the success of film soundtracks such as "Cocktail", "Chennai Express", "Khiladi 786", "Boss" and "Sonu Ki Titu Ki Sweety". The last mentioned has won him the Best Music Director's trophy at many popular awards ceremonies including International Indian Film Academy Awards (IIFA).

If the expectations of fans has only increased with each new release, Singh is cool with it. "I don't take it as a pressure. Making a good song is more important to me, and I don't take any stress about a song being a hit or not," said the rapper, whose real name is Hirdesh Singh.

"I really like making songs from the bottom of my heart, and whether it is a hit or not depends on people," he added.

Over the past five to six years, the Hindi film industry has seen a surge in rappers such as Badshah, Raftaar and Ikka, to name some. They too have been belting out hits. Has Bollywood music become all about cutthroat competition now?

Does stardom bring insecurity in its wake? "I think the statement is wrong. Not just stars -- anyone can be insecure. It is a part of nature, and insecurity is not a part of my nature," he said.

(Durga Chakravarty can be contacted at [email protected])

Like This Article?
Yo Yo Honey Singh: Acting is not my cup of tea