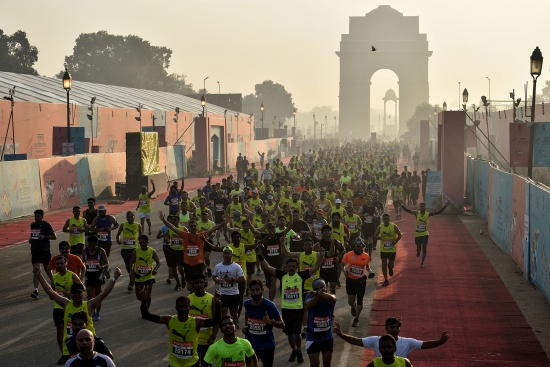 New Delhi, Oct 21 : Indian Premier League (IPL) franchise Delhi Capitals, has this year extended support to the 15th edition of the Airtel Delhi Half Marathon, to encourage and promote a fitter, healthier lifestyle among the people of the city.


With Delhi Capitals' assistant coach Mohammad Kaif present on the occasion on Sunday morning to flag-off the Great Delhi Run which saw 16,962 participants run on the streets of Delhi, the race-day marked the first-of-its-kind association between the Delhi Capitals and Airtel Delhi Half Marathon.

Speaking on the occasion, Kaif emphasized on the positives that a healthy lifestyle can bring to the nation, and showed his appreciation towards the participants. He said "As a former sportsman, it is always a huge honour for me to be associated with a sporting event. The Airtel Delhi Half Marathon has been instrumental in bringing about a positive change in the running and fitness culture in the city of Delhi. I have seen a lot of change in terms of fitness in the city, and it is good to see such a large amount of people participating in this year's run."

"On behalf of Delhi Capitals, I am proud to see our fans taking up the healthy way of living, and I would like to congratulate everyone who took part in ADHM. Well done Delhi," he added.

Former Indian cricketer Kaif was seen sharing joyous moments with the Event Brand Ambassador Carmelita Jeter, who is also considered the fastest woman alive, and with the participants of the Great Delhi Run. The two sportspersons were seen exchanging a few tips about each other's sport, and also posed with the participants for a few pictures.

Like This Article?
Delhi Capitals extend support to half marathon