Trump nixes plan to host G7 summit at his resort 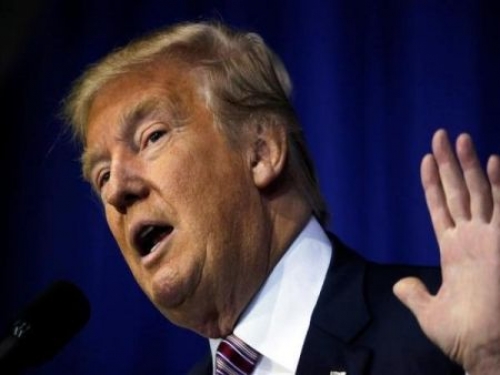 Washington, Oct 20 : US President Donald Trump has nixed plans to host next year's G7 summit of world leaders at his golf resort in Miami, Florida, following a public outcry over an act widely perceived as blatantly corrupt.


"Based on both Media iamp; Democrat Crazed and Irrational Hostility, we will no longer consider Trump National Doral, Miami as the Host Site for the G-7 in 2020," Trump tweeted on Saturday.

"We will begin the search for another site, including the possibility of Camp David, immediately. Thank you!."

Trump's Acting Chief of Staff, Mick Mulvaney, had announced on Thursday the selection of Trump National Doral Club as the site hosting the G7 leaders' summit, which is scheduled to take place between June 10-12, 2020, reports Efe news.

Mulvaney attempted to justify the decision by claiming the President's golf club was the best place to organize the summit and that Trump would not profit from the three-day diplomatic event.

Following Mulvaney's remarks, government ethics watchdogs, the Democratic Party and the mainstream press had all pointed out that Trump personally profiting from his office in such a way would represent a textbook violation of the US Constitution's so-called Emoluments Clause, which bars government officials from enriching themselves through their privileged position.

Before his announcement on Saturday, he said in a series of tweets "I thought I was doing something very good for our Country by using Trump National Doral, in Miami, for hosting the G-7 Leaders.

"It is big, grand, on hundreds of acres, next to MIAMI INTERNATIONAL AIRPORT, has tremendous ballrooms iamp; meeting rooms, and each delegation would have its own 50 to 70 unit building."

Trump added that he believed the location would "set up better than other alternatives. I announced that I would be willing to do it at NO PROFIT or, if legally permissible, at ZERO COST to the USA".

"But, as usual, the Hostile Media iamp; their Democrat Partners went CRAZY!" he wrote.

Trump has been dogged by accusations of conflicts of interest and corruption since before taking office.

After winning the 2016 presidential election, he ostensibly handed over control of his family company, the Trump Organization, to his adult children, though he never divested from his business interests.

Trump has incurred in about 2,300 cases of conflict of interest during his tenure so far.

Like This Article?
Trump nixes plan to host G7 summit at his resort