Have no links with any mafia, says Praful Patel 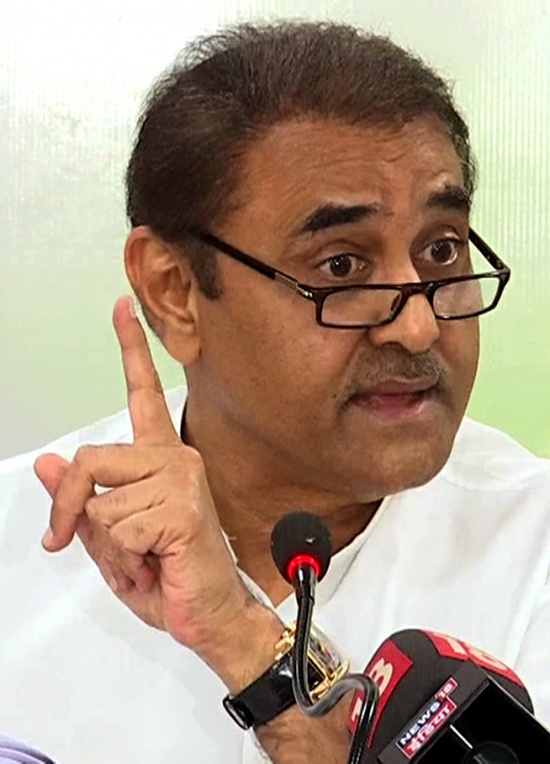 Mumbai, Oct 15 : Senior NCP leader and former Union Minister Praful Patel on Tuesday dismissed charges of alleged links with the mafia as "mere speculation" by sections of the media.


He said that documents claiming the purported scam may have been "leaked" to media.

"It's obvious you are in possession of some papers, which have never been brought to my attention," Patel told media persons at packed briefing here.

As per some reports, Hajera Memon - the widow of drug mafioso Iqbal Mirchi, who died in 2013 - had allegedly entered into a property transaction with the Patel family.

After the alleged scam broke out, the Enforcement Directorate (ED) entered the picture by summoning Patel on October 18 to probe a possible money-laundering angle to the deal.

However, Patel denied that he had received any communication from the ED so far.

Mirchi was a close associate of the absconding mafia don Dawood Ibrahim Kaskar, currently holed up in Pakistan, according to his brother's statement to Thane police last year.

In this building, two floors were transferred to Mirchi's widow, but Patel claimed that she had got these through M.K. Mohammad who earlier owned restaurants on the property that was knotted in legal disputes.

Patel emphatically said that his family firm owns the building and there are no other partners and the property was bought from a royal family around 55 years ago.

Besides, Patel claimed that Mohammad secured a share in the property through a Bombay High Court order after he proved that he owned a part of the original plot where the Ceejay House is located.

The NCP leader pointed out that the entire deal took place under supervision of the court and Mohammad was ordered to pay Rs 700,000 to the court receiver.

Later, in April 1980, Mohammad assigned the rights of his property to Hajera Memon, who even paid Rs 7 lakh to the court receiver as ordered earlier.

Patel said Hajera Memon got the property deed from Mohammad and neother he nor his family had any financial dealings with her.

"All these issues have been in public domain, she has been a taxpayer, there were no restrictions on her and 20 years ago, she was issued a passport to travel to UAE and Saudi Arabia," he said.

The issue has come as a huge embarrassment to the NCP just six days before the October 21 Maharashtra Assembly elections, and Patel cut short his election campaign tour to address the media as the issue threatened to snowball into a huge pre-poll controversy.

Like This Article?
Have no links with any mafia, says Praful Patel