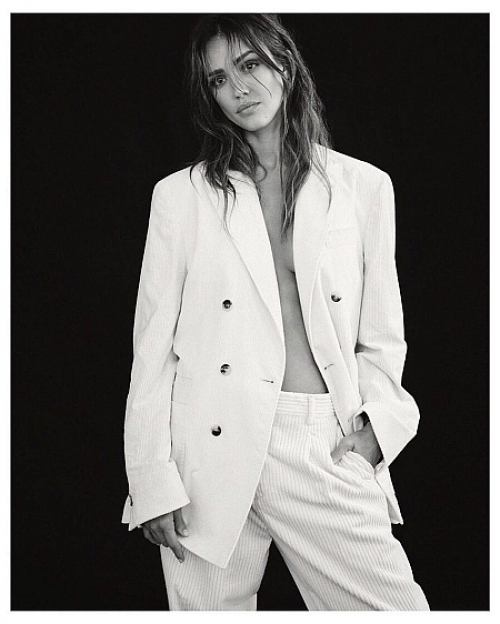 Los Angeles, Oct 15 : Actress Jessica Alba has always gravitated towards strong female characters, and says it is very important to represent complex women who aren't perfect or have flaws on screen, and show that they can still be heroes.


"I have always been drawn to strong women in characters that I played. You know, I dabbled in playing some characters that were a little more passives and I don't know I pulled it off that well to be honest with you," Alba said when asked how important it is to present strong female role models onscreen.

"I naturally have that sort of, I guess that sort of, approach and that's my energy and my vibe. So I always think and I feel like when I started as an actress that was kind of my thing was, like, why can't you be strong and intelligent and self-sufficient. You know, even if you are a woman that shouldn't mean that you need to be weak and saved constantly," added the actress.

On the big screen, Alba has featured in "Sin City", "Fantastic Four" and "Into the Blue". She has also worked on TV shows such as "Flipper", "Dark Angel" and "The Spoils of Babylon".

"I feel like I have always played those roles. Being a mother of a daughter, you realise how important or how impressionable media and pop culture can be on men. So it's just kind of makes the damage more important and add actually as an executive producer to the push that message forward and to make sure that we shape a show that has complex women that aren't perfect and that have flaws but can still be heroes," she said.

At present, the actress is earning plaudits for police procedural drama "L.A.'s Finest", which also stars Gabrielle Union. She is also backing the show as an executive producer. The show is aired in India on Zee Cafe.

"What drew me back in is really just being able to do something and collaborate with Gabrielle Union. She is a force in Hollywood and I have always respected her and when she took this franchise that she was a part of and she turned it into a real feminist show in a genre where you really don't get to see women as lead," she said.

"That is exactly what drew me in. The show is really built around two women even with action genre and you know, the comedy there's really fun action there's moments where there's lots of drama and all of that. You never lose the fact that we are women, and we're partners and we're in this together and we had each other's back.

"And I just feel like in entertainment and in pop culture you don't usually get to see two women who're strong and powerful in their own, right. They had separate identities but they do have each other's back. And I think this is just a great commentary and something that will resonate with audiences across the globe," she said.

Like This Article?
Jessica Alba: I've always been drawn to strong women