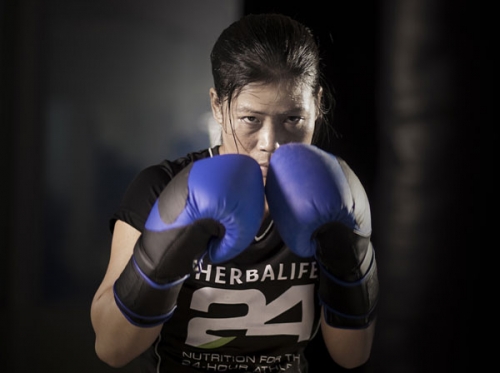 Ulan-Ude (Russia), Oct 12 : Six-time champion MC Mary Kom on Saturday settled for the bronze in the ongoing Women's World Boxing Championships after losing her semi-final bout of the 51-kg flyweight category to second-seed Busenaz Cakiroglu of Turkey in a split 1:4 verdict.


In a fiercely contested bout, Mary Kom delivered timely punches and looked on course of winning her first gold in the 51-kg division.

Both the boxers were reluctant to make the first move in the opening round.

However, London Olympic bronze medallist Mary Kom had the edge in counter-attacks as her Turkish opponent struggled to make use of her height.

Busenaz, who is a European Championships and European Games gold medallist, in the end emerged as a better competitor as she used her agility and reach much better in the remaining two rounds.

India did appeal the decision but it was turned down. As per AIBA's instructions, the protest would've been granted only if the score read 32 or 31. However, the verdict in Mary Kom's match read 41 and hence the yellow card was not accepted by the technical committee.

Following the match, a disappointed Mary Kom took to Twitter to question the decision. Tagging Union Sports Minister Kiren Rijiju and Prime Minister Narendra Modi, Mary Kom wrote "How and why. Let the world know how much right and wrong the decision is..."

Before Saturday's loss, the only time Mary Kom had a medal of a lesser colour than gold was in 2001 when she had to accept defeat in the final.

The London Olympic bronze medallist, who has six gold medals from this tournament, on Thursday created history when she broke a tie with Cuban men's legend Felix Savon to become the only boxer across male and female categories to amass eight World Championships medals.

Like This Article?
Mary Kom crashes out with Worlds bronze, historic 8th medal