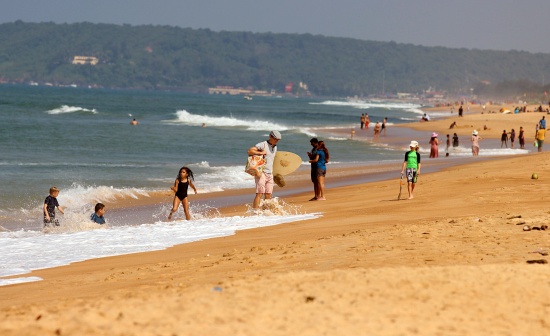 Panaji, Oct 11 : Amid delay in payment of wages, a section of Goa's privately employed lifeguards are on a flash strike, even as the company employing them, Drishti Marine, expressed regret and assured payment of arrears to them soon.


After around 70 out of the several hundred-odd lifeguards assembled at the popular Calangute beach to protest against the delayed payment, Drishti Marine said on Friday that those lifeguards who had not reported to work have been asked to resume their respective duties on beaches in view of the payment assurance.

"The company regrets the delay in salaries and dues which were because of circumstances beyond its control. Increment arrears from July 2019 are being processed and will be paid to all the lifeguards, including captains and supervisors who did not strike work," a statement issued by Drishti Marine said.

Goa's beaches are manned by over 600 lifeguards who are responsible for the safety of the beachgoers.

Amid the controversy following the sudden agitation by the lifeguards, the Congress has claimed that lifeguards were being allegedly ill-treated by Drishti Marine, demanding that the state government should immediately bring all the lifeguards under its ambit and provide beach safety services by roping in ex-military personnel.

"It is most unfortunate that lifeguards are not even given clean water to drink during duty hours, apart from not providing them with latest safety equipment and gadgets," state Congress chief Girish Chodankar alleged.

Like This Article?
Goa lifeguards boycott work over delay in wages