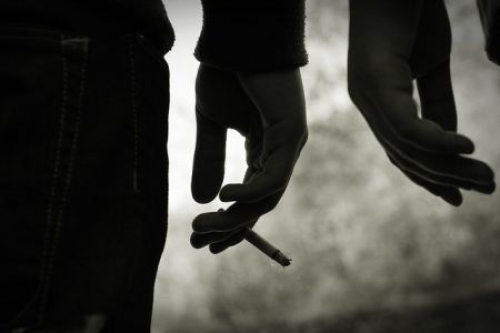 New York, Oct 11 : People who smoke fewer than five cigarettes a day cause long-term damage to their lungs, according to a new research.


"Many people assume that smoking a few cigarettes a day isn't so bad, but it turns out that the difference in loss of lung function between someone who smokes five cigarettes a day versus two packs a day is relatively small," said study lead author Elizabeth Oelsner, Assistant Professor at Columbia University Vagelos College in the US.

For the study publsihed in The Lancet Respiratory Medicine, the researchers looked specifically at lung function--the amount of air a person can breathe in and out--in smokers, ex-smokers, and never-smokers.

Lung function declines naturally with age (starting in one's 20s), and it's well-known that smoking accelerates the decline.

Because of the large number of people in the study--more than 25,000-- researchers could see differences in lung function among light smokers (less than 5 cigarettes per day) and heavy smokers (more than 30 per day) that other studies have been unable to detect.

Their analysis found that lung function in light smokers declines at a rate much closer to that of heavy smokers, as compared to non-smokers.

This means that a light smoker could lose about the same amount of lung function in one year as a heavy smoker might lose in nine months.

The study also tested an assumption, based on a 40-year-old study, that the rate of decline in lung capacity "normalises" within a few years of quitting smoking.

The new study shows that although lung capacity declines at a much lower rate in ex-smokers than current smokers, the rate doesn't normalise for at least 30 years.

According to the researchers, light smokers may have a greater risk of developing chronic obstructive pulmonary disease (COPD).