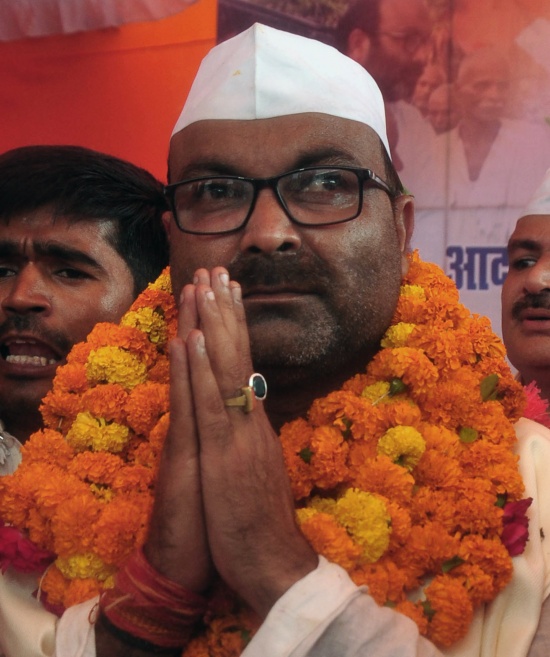 
He received a grand welcome where senior leaders of the party such as P.L. Punia, Nirmal Khatri, Pramod Tiwari and Aradhana Mishra were also present. However, former state chief Raj Babbar distanced himself from the event.

He paid tributes to Baba Saheb B.R. Ambedkar, Mahatma Gandhi and Sardar Vallabhbhai Patel by putting garlands on their statues.

Interim president of the Congress Sonia Gandhi appointed Lallu, MLA from Tamkuhi Raj in Eastern UP, as the UP state chief on October 7 on the recommendation of party general secretary Priyanka Gandhi Vadra.

Lallu became a Member of the Legislative Assembly in 2012. In 2017, during the BJP wave, he not only saved his seat but also defeated the BJP candidate by a large margin.

Like This Article?
Ajay Lallu takes charge as UP Congress chief