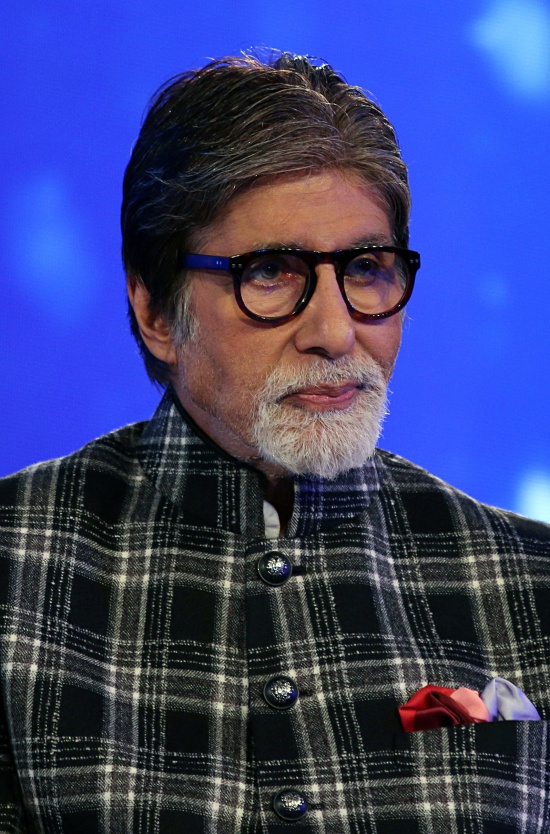 New Delhi, Oct 10 : As Amitabh Bachchan fans across the globe celebrate his 77th birthday on October 11, it is time to remember his first acting guru Frank Thakurdas. Films buffs might not have seen Bachchan as an actor had Delhi Universitys Kirori Mal College drama teacher Frank Thakurdas did not ask the shy and almost reticent Amitabh Bachchan to take part in the activities of College drama society.


That meeting with Thakurdas had changed the life of Bachchan, then a BSc student of KM College. He studied in KM College from the year 1959 to 1962.

A workaholic Punjabi Christian Frank Thakurdas was wearing several hats at KM College. Apart from being an accomplished English teacher, he was the bedrock of college drama society. " I still remember vividly that one day Professor Thakurdas told me I should take part in plays produced by the drama society of the college without further delay," recalls Amitabh Bachchan in an interview in 2017, adding "He became my mentor in college from the very meeting. Thanks to him I learnt the ABC of the theatre world -- like how to speak on stage, and the role of expressions in acting. He was a brilliant actor and director, too."

And then there was no looking back for Bachchan, as he started doing English and Hindi plays with tremendous zeal, dedication and purpose. Not only in college and Delhi University, KM College drama society was staging plays in various parts of the Capital and Bachchan was an integral part of it.

Well, Bachchan was his first student who made huge strides as an actor. Later, Thakurdas was also responsible for shaping the acting careers of the likes of Shakti Kapoor, Satish Kaushik and Kulbhushan Kharbanda. They all owe to him for giving them enough opportunities to learn "when I joined KM College in early 70, he was there and making his presence felt. I was overawed by the fact Frank sir also taught Amitabh Bachchan. However, he was not among those who bask in somebody else glory. When we talked about Amitabh Bachchan, he would say, "he was a great leaner and always keen to experiment. He had to touch the dizzy heights. However, he never boasted that Amitabh was his product," says noted actor-director Satish Kaushik.

Even after so many years and decades of leaving his alma mater, Bachchan is still indebted to ThakurDas for sending his name to the all-women college Miranda House, to take part in a one-act play. "While recalling his days at KM college a couple of years ago, he said with smile on his face, "How can I forget his gesture of sending my name to Miranda House to take part in a one act play?"

Tall and handsome Frank Thakurdas was a livewire, always available to his past and present students. His life revolved around his students. "Frank sir was my teacher in 1975. He taught us English poetry. He knew virtually everything about English poetry and plays. He was an authority on Shakespeare, Rudyard Kipling, Robert Burns, Oscar Wilde, John Milton, John Keats. After taking our classes, he would rush to rehearse with his students for their Hindi plays," recalls Dr. Firoz Bakht Ahmed, the Chancellor of Maulana Azad National Urdu University (MANUU), adding "He was also a fine Punjabi singer who trained generations of students with singular devotion and built Kirori Mal College's drama, debate and music reputation. "

Indeed, Frank Thakurdas was a legendary teacher and mentor. When a KM College auditorium named after him was in bad shape and required urgent maintenance, Amitabh Bachchan came forward at once and donated Rs 51 lakh so that it could be re-build in a grand manner.

Not only Bachchan, many other students of Frank Thakurdas had generously donated for the auditorium.

Diversity and inclusivity in fashion