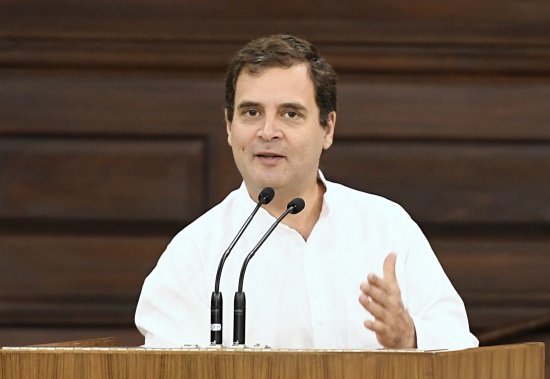 New Delhi, Oct 10 : Amid questions over his continued absence from the national political scenario, Congress leader Rahul Gandhi has decided to campaign in the upcoming Maharashtra and Haryana Assembly elections.

But he will only address two rallies in Maharashtra (on October 13 and 15) and one in Haryana (October 14). This is contrary to the Congress party's earlier claims that Rahul Gandhi will campaign extensively during the state elections.

A few Congress leaders close to Rahul Gandhi assert that he is unhappy with a series of events in the party. Two leaders have publicly opined that those close to the former Congress president have been sidelined in the party.

Congress' former Haryana president Ashok Tanwar resigned from the party after he was removed from the HPCC chief post last month.

The ruling BJP, on the other hand, plans a carpet-bombing election campaign in the states during which Prime Minister Narendra Modi will address four rallies in Haryana and nine in Maharashtra.

All the BJP ruled chief ministers have been pitched in for the campaign, in which Home Minister Amit Shah will also address rallies.