Not for others to comment on Kashmir, says India after Imran-Xi meeting 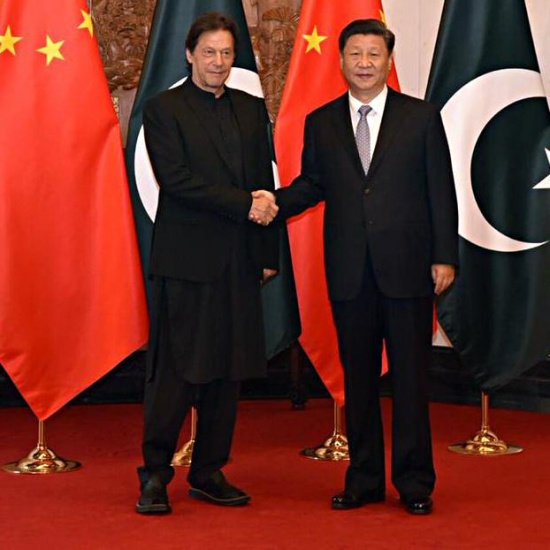 New Delhi, Oct 9 : Two days ahead of Chinese President Xi Jinping's visit for the informal summit with Prime Minister Narendra Modi at Mahabalipuram, India on Wednesday voiced its pique over Kashmir figuring in talks between Pakistan PM Imran Khan and Xi, saying "It is not for other countries to comment on the internal affairs of India".

With preparations complete for the meeting between Xi and Modi in Tamil Nadu's Mahabalipuram, the Ministry of External Affairs spokesperson Raveesh Kumar, commenting on a report of the talks between Xi and Imran Khan in Beijing on Wednesday, said "We have seen the report regarding meeting of Chinese President Xi Jinping with Pakistan's Prime Minister Imran Khan which also refers to their discussions on Kashmir.

"India's position has been consistent and clear that Jammu iamp; Kashmir is an integral part of India. China is well aware of our position. It is not for other countries to comment on the internal affairs of India."

India has maintained that revocation of Article 370 on special status to Kashmir is a wholly internal matter and related to the Indian Constitution, and other countries have nothing to do with it.

Sources said that Kashmir and Article 370 would not figure in the Xi-Modi talks on October 11-12 in Mahabalipuram, and if Xi wanted to know more about the issue, it would be explained to him.

The joint statement issued on Wednesday after the talks between Imran Khan and Xi Jinping in Beijing had an entire para devoted to Kashmir.

"The Pakistan side briefed the Chinese side on the situation in Jammu and Kashmir, including its concerns, position, and current urgent issues. The Chinese side responded that it was paying close attention to the current situation in Jammu iamp; Kashmir and reiterated that the Kashmir issue is a dispute left from history, and should be properly and peacefully resolved based on the UN Charter, relevant UN Security Council resolutions and bilateral agreements.

"China opposes any unilateral actions that complicate the situation. The two sides underlined that a peaceful, stable, cooperative and prosperous South Asia was in common interest of all parties. Parties need to settle disputes and issues in the region through dialogue on the basis of equality and mutual respect," it said.

However, on Tuesday, China had sounded a somewhat placatory note on Kashmir.

Chinese Foreign Ministry spokesperson Geng Shuang had said in Beijing that it "calls on India and Pakistan to engage in dialogue and consultation on all issues including Kashmir issue and consolidate mutual trust. This is in line with the interest of both countries and common aspiration of the world".

In its Tuesday statement, China had refrained from mentioning the UN Security Council resolution and UN charter, as it had done earlier in its statements on Kashmir.