India, China to look at more CBMs during Modi-Xi summit 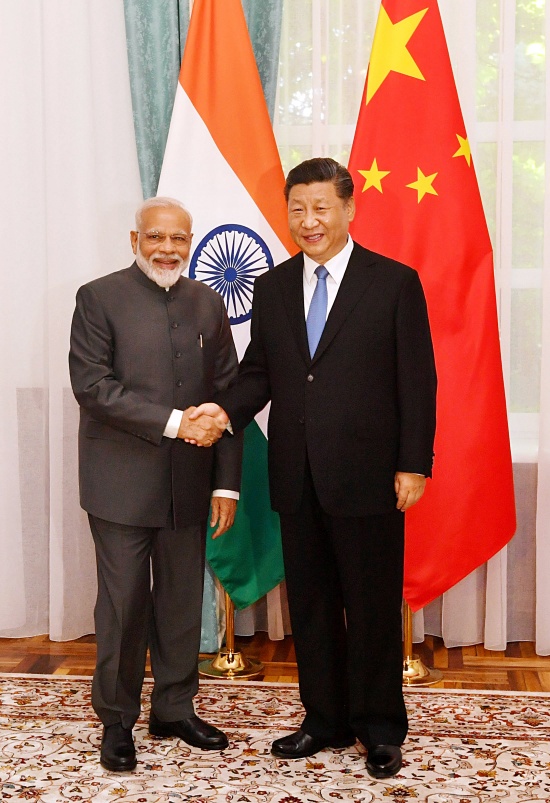 New Delhi, Oct 9 : With peace and tranquillity along the border a "high priority", India and China would be looking at additional confidence building measures during the second informal summit between Prime Minister Narendra Modi and President Xi Jinping at Mahabalipuram, sources said.


The summit, from October 11-12, would see both leaders hold extensive informal conversations amidst the historical backdrop of the seaside town of Mahabalipuram in an "easy going" atmosphere, the sources said.

The meeting between the two leaders would be the third after Modi's re-election in May. The two had met in Bishkek on the sidelines of the Shanghai Cooperation Organisation summit, and in Osaka, on the sidelines of the G20. It will also be their sixth meeting since the Wuhan informal meeting of last year, highlighting the readiness between the two sides to keep up the momentum, they added.

As peace and tranquillity along the border remains a high priority, and with "no agreed perception" of the Line of Actual Control which has led to skirmishes between troops of the two sides at several points in the Ladakh region, and also in Doklam, the two leaders may decide on having additional CBMs.

Modi and Xi may also decide on when the next round of Special Representative talks could take place on the border issue, they said.

Like This Article?
India, China to look at more CBMs during Modi-Xi summit