Savarkar as PM could have averted partition: Sena 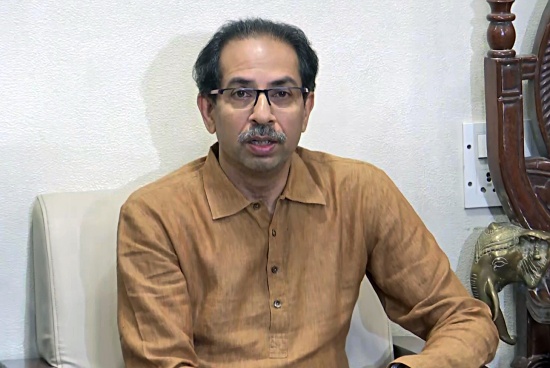 Mumbai, Sep 18 : In a pre-election swipe, Shiv Sena chief Uddhav Thackeray has said Pakistan would not have been created if the Hindutva protagonist Vinayak Damodar Savarkar had become the Prime Minister during partition.


Reiterating his demand for conferring Bharat Ratna on Savarkar, Thackeray said while the contributions of both Mahatma Gandhi and Pandit Jawaharlal Nehru for the nation's development couldn't be denied, the country's political landscape was not limited to only two families.

"I would have even called Nehru as 'veer' (courageous), if he had survived jail for even 14 minutes when Savarkar spent 14 years in prison. He should be honoured with a Bharat Ratna, now that our Hindutva government (NDA) is in power, " the Sena chief said speaking at the launch of the book "Savarkar Echoes From A Forgotten Past", penned by Vikram Sampath, on Tuesday.

Taking a dig at former Congress chief Rahul Gandhi who has been openly critical of Hindutva icons like Savarkar, Thackeray said a copy of the book should be given to him (Rahul Gandhi).

Before the 2019 Lok Sabha elections, Rahul Gandhi had said at an poll rally Savarkar, who popularised the term Hindutva, had tendered an apology to the British in return for his release from jail.

Born at Nashik in 1883, Savarkar was a Hindu Mahasabha leader who espoused the cause of Hindutva and a Hindu nation. The British kept him in the dreaded Cellular Jail in Andaman iamp; Nicobar Isles for nearly 12 years. He died in February 1966 after a 26-day self-imposed fast-unto-death in Mumbai.

Like This Article?
Savarkar as PM could have averted partition: Sena