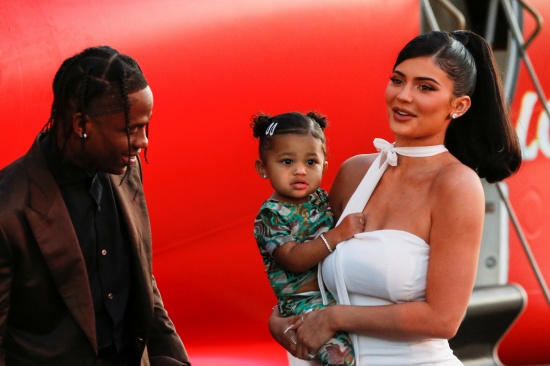 
On Tuesday, the makeup mogul posted on a new photo on Instagram, showing off her fashion inside a walk-in closet, reports "aceshowbiz.com".

In the photo, Kylie looked stunning in a short bob, sunglasses and a curve-hugging dress with a deep cut at the top.

But what caught the attention was the fact that a framed photo -- of her and the rapper that was always visible in that spot -- had gone missing.

The rumours received further boost thanks to the cryptic caption she put alongside the photo.

"Ain't a game, boy," she wrote as caption with the pic.

Her close friend, Yris Palmer, also fuelled the rumours by replying in the comment "Made for one player," with a fire emoji.

Users were quick to take not.

"She removed the picture she had of her and Travis and the caption seems sus," one user wrote.

Another claimed to be shocked over the post, while was optimistic things are fine, and that Kylie had merely moved the photograph elsewhere.

The couple has yet to respond to this speculation.

Kylie and Travis started dating in 2017 and welcomed their first child, Stormi Wesbter, in February 2018.