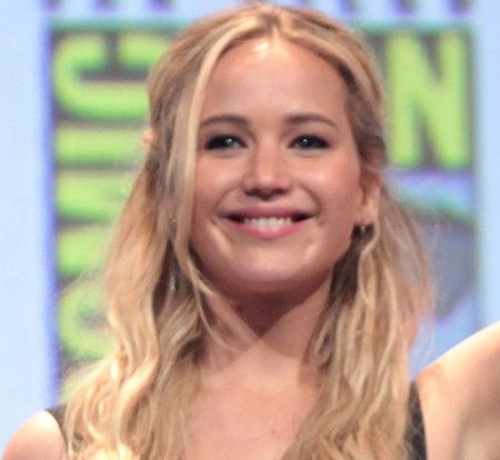 New York, Sep 18 : Hollywood actress Jennifer Lawrence and fiance Cooke Maroney were spotted at the New York City marriage bureau, and fans promptly took to social media to discuss if the couple had tied the knot.


JLaw and her art dealer beau went into the courthouse followed by a photographer and a friend, besides a couple of guards, according to a report in "hollywoodlife.com". The report quoted "Page Six" as stating that the lensperson was Mark Seliger, a top celebrity photographer who has worked with Lawrence in the past.

Stoking fuel to wedding speculation was a "New York Post" picture that hinted at the fact that Maroney seemed to cover the ring finger on his left hand, and also the fact that Lawrence and Maroney, walking hand in hand, carried some official paper.

Beyond the NY paps, fans noticed, too.

"When you go get your marriage license, and Jennifer Lawrence walks by to tie the knot before your eyes. Yeah, kids, City Hall is COOL," an onlooker tweeted and then deleted the post, according to "Page Six".

JLaw and Maroney got engaged in February and the buzz doing the rounds of H-Town is they plan to throw a big party next month. Wedding gala? That's anybody's guess.

"Jennifer is madly in love with Cooke and so happy to be engaged. Jen and Cooke have amazing chemistry together, and she can't possibly imagine a life without him. She feels really lucky to be marrying the man of her dreams," a source close to the actress had informed "hollywoodlife.com" after the engagement.

Like This Article?
Did Jennifer Lawrence secretly marry her art dealer fiance?