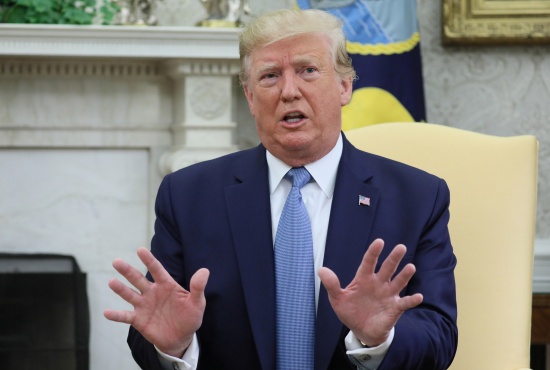 Santa Fe, Sep 17 : US President Donald Trump held a rally in the Democratic-leaning New Mexico state which he had lost to his opponent and former Secretary of State Hillary Clinton in the 2016 election by more than eight percentage points.


Speaking to supporters in the city of Albuquerque on Monday, Trump said he would win the state in the 2020 presidential election, reports Xinhua news agency.

In his speech, he touted the nation's economy under his administration and repeated rhetoric on border security and immigration while attacking Democrats, their proposals and the liberal media.

New Mexico has not voted for a Republican in the presidential election since 2004.

Trump's re-election campaign said in a statement earlier in the day that the President and Republicans "up and down the ballot work together to turn New Mexico red in 2020".

The rally was the first stop of a three-day trip that will also take Trump to California.

Like This Article?
Trump holds rally in Democratic-leaning New Mexico