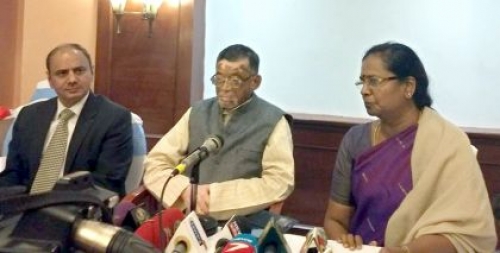 New Delhi, Sep 16 : The Congress party on Monday slammed Union Labour Minister Santosh Gangwar for his comments on North Indian youth, saying that the Minister should either apologise for his remarks or admit that the Central government believes that North Indian youth are essentially incapable.


Congress spokesperson Rajiv Shukla also pointed out that the country's unemployment rate has touched an all-time high at 8.2 per cent.

Blaming North Indian youth for failing to secure jobs at an event in Bareilly on Sunday, Gangwar said that there was no shortage of jobs but the companies wishing to recruit say that these youths are ineligible.

Shukla said here that one crore jobs were lost in 2018, while youth unemployment is growing each year at 2.5 per cent, .

He also said that both the agriculture and manufacturing sectors are lagging behind, while export is showing negative growth.

According to the Congress spokesperson, while the government should take measures to handle the situation, its only response to the crisis has been with speeches and issuing advertisements.

He noted that despite former Prime Minister Manmohan Singh saying that the goverment should accept that the economy is in the grip of a slowdown, the Union government is not accepting the fact.