Pavilion will be a reminder of my journey: Virat Kohli 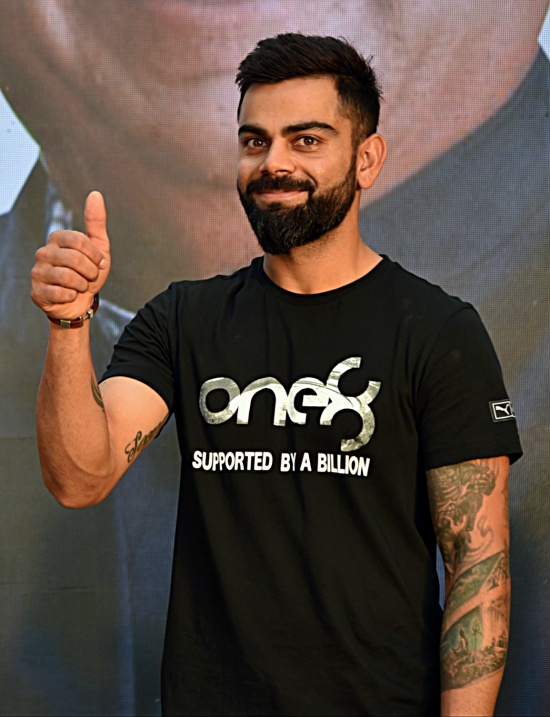 New Delhi, Sep 13 : Indian skipper Virat Kohli who was honoured with a stand at the Arun Jaitley Stadium in the national capital, has expressed gratitude to the DDCA and the BCCI and hoped it will serve as an inspiration to budding cricketers.


"Thank you DDCA and BCCI for bestowing this honour upon me. The pavilion will remind me of my journey in life and in cricket but most importantly I hope it will serve as an inspiration for the next generation of young cricketers of our nation," said Kohli posting images from Thursday's event held at the Jawaharlal Nehru Stadium.

The Feroz Shah Kotla Stadium was also rechristened after the former Finance Minister, who passed away in August. Jaitley was closely associated with Delhi cricket scene and had been at the helm of the Delhi and District Cricket Association for over a decade.

Held at the Weightlifting Hall of the JLN Stadium, the occasion saw the Indian team in attendance as their skipper was duly honoured for his contribution to the game.

The rechristening of the stadium was done by Home Minister Amit Shah, DDCA President Rajat Sharma, Sports Minister Kiren Rijiju and the family members of Jaitley with an audio visual clip being played in the background.

India will next face South Africa in three T20Is and as many Tests beginning Sunday.

Like This Article?
Pavilion will be a reminder of my journey: Virat Kohli