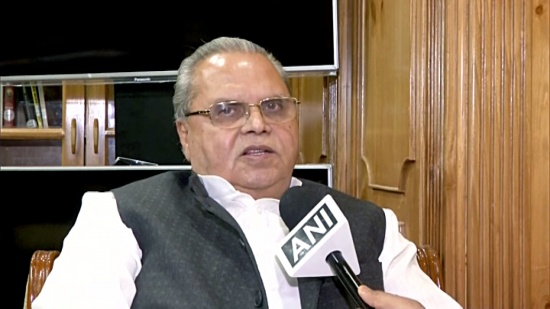 Srinagar, Sep 12 : Jammu and Kashmir Governor Satya Pal Malik has warned all those threatening apple farmers in Kashmir to quickly mend their ways or else they would be punished.


"We will protect the farmers and give them security and those who are threatening the farmers will be punished immediately," Malik said.

The Governor was speaking at the launch of the market intervention target scheme for apple farmers in Srinagar which will cover procurement of apples from the farmers by the nodal procurement agency of the central government or NAFED on remunerative prices.

Spelling out the importance of Kashmir vis-a-vis apple production, Malik said that that Kashmir is the second-largest apple production centre in the world. He said 75 per cent of apples of the country are produced in Jiamp;K and the new mechanism will give a major boost to the business, hugely adding to the revenues of the farmers.

"C-grade apples are 40 per cent of the total production, each kilo of apples fetches three to seven rupees per kilo at present but after the implementation of this scheme the prices can get doubled and tripled," Malik said.

Like This Article?
J and K Governor warns those threatening apple farmers