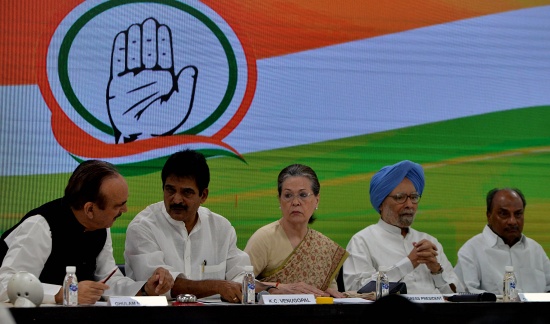 New Delhi, Sep 12 : Interim Congress President Sonia Gandhi is holding a mega meeting of her party on Thursday to discuss plans for the 150th birth anniversary of Mahatma Gandhi.


The meeting is being attended by all the top leaders of the party, including the Chief Ministers of Congress-ruled states. But, former party chief Rahul Gandhi and Madhya Pradesh Chief Minister Kamal Nath are not attending the meeting.

According to the party leaders, there will be detailed discussions on the party's week-long programme on the 150th birth anniversary of Mahatma Gandhi to take his message of non-violence and thoughts across the country.

The party has planned 'padyatras' across the country on October 2.

This is the first major meeting headed by Sonia Gandhi after she was appointed as interim President on August 10.

Like This Article?
Congress meets on Bapu's 150th anniversary, minus Rahul