illegal infiltrators will be dealt with as per law: Irani 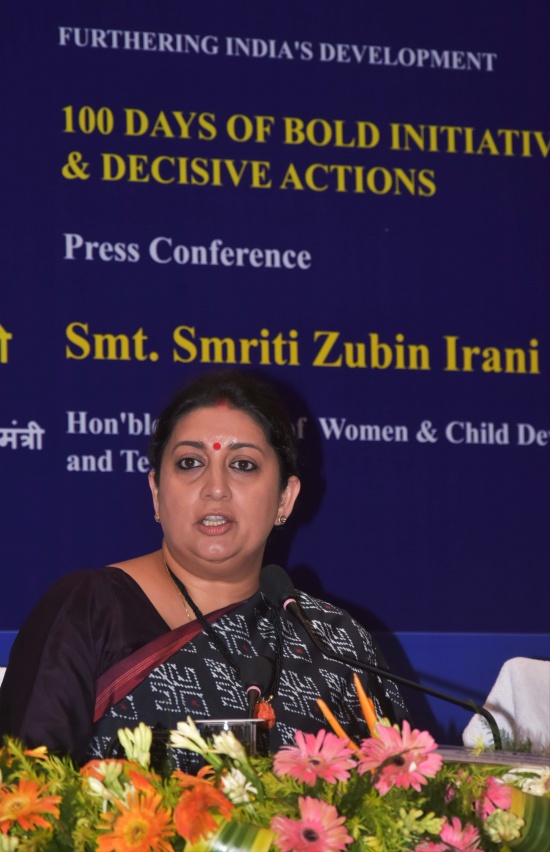 
While infiltrators would face the law, no genuine Indian citizen would suffer following the NRC in Assam, Irani said.

"No Indian will be left out, it is our commitment, and we are dedicated towards protecting the rights of all citizens of the country," Irani told a media meet here on the occasion of the Modi government completing 100 days in its second term.

"At the same time, the illegal infiltrators will be dealt with as per law," she said.

The minister said Banerjee's stand on the NRC betrays her dichotomy on the issue of infiltrators.

"The Trinamool's stand betrays its dichotomy as during her days in the Congress, Banerjee had organised a rally with the slogan 'no identity card no vote' in 1993 that led to the death of 13 Congress activists."

"While she is opposing the NRC now, in August 2005, she had thrown papers in the Lok Sabha after she was not allowed to speak against inclusion of illegal immigrants in the Bengal voter list," Irani said.

Asked about Banerjee's Trinamool Congress organising street protests on the issue of NRC, Irani pointed out that Union Home minister Amit Shah has already declared on the floor of Parliament and all public fora that no genuine citizen would be left out.

Criticising Banerjee for opposing all policies of the Modi government, she said her "belligerent stand" has led to people of Bengal being denied benefits of central schemes.

Hinting at Trinamool's double standards, she said while the party top guns asked its leaders to return cut money taken from people, "such is the corruption in Trinamool" that those who protested against cut money and demanded their money be returned to them "are now being raped and murdered".

Irani said not a single bullet has been fired in Jammu and Kashmir since the repeal of Article 370.

Like This Article?
illegal infiltrators will be dealt with as per law: Irani