Setback for Vijayan as police to probe old PSC results 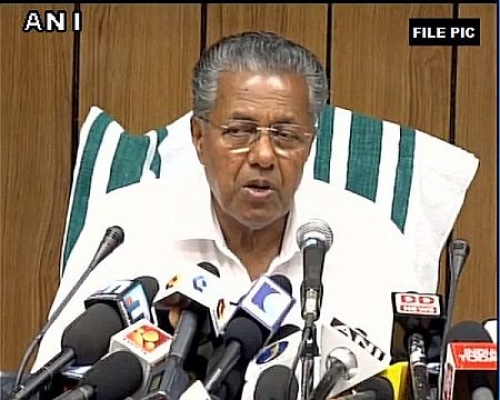 Thiruvananthapuram, Sep 2 : In a setback for Kerala Chief Minister Pinarayi Vijayan, who had dismissed allegations against the state Public Service Commission (PSC) as "totally baseless" and asked the media to end its "negative campaign", the Crime Branch has decided to seek results of all its recruitment exams for the past few years.


The probe team, according to sources in the know of things, is expected to give a letter for this to the PSC Secretary in the coming days.

This sudden move came after the Kerala High Court, which last week as it heard the bail pleas of a few people accused of manipulating the police constable examination, said that it is high time that an external agency probes the PSC's activities.

The Kerala PSC's credibility took a beating after a probe into a campus brawl at the University College here where a student was stabbed, led to a probe which found discrepancies in the conduct of its examinations.

Akhil was stabbed by Shivarenjith, Naseem and their group, all attached to the CPI-M-affiliated Students Federation of India.

With the media taking this case in a big way and the civil society also joining in, police stumbled upon crucial evidence that things are not fair in the PSC recruitment process, with the two prime accused having managed to get top ranks in the police constable examination.

Even after this, Vijayan staunchly defended the PSC and alleged that there seemed to be a section trying to tarnish the image of the constitutionnaly set-up body, doing yeomen service in recruitment of employees from peons to Deputy Secretaries.

On one time, he even went to the extent of saying that there is nothing to be probed into at the PSC, while the Congress and the BJP went hammer and tongs against Vijayan, demanding a CBI probe into the PSC activities.

Incidentally the PSC Rank Holders Association was the first to demand a probe by an independent agency, as the alleged manipulations cannot be done by one or two people only and there seems to be a group behind this.

Like This Article?
Setback for Vijayan as police to probe old PSC results