Taj Mahal will soon open every night for all 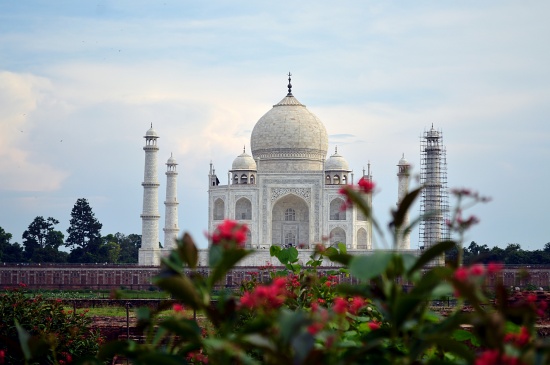 New Delhi, Aug 29 : The glimmering Taj Mahal, said to be at its aesthetic best in moonlight, could now be thrown open after sunset for all tourists.


So far, night access to the globally renowned monument was allowed at a premium only for five nights in a month.

Union Tourism and Culture Minister Prahlad Singh Patel told IANS in an interview that the Taj Mahal will remain open even beyond its 10.00 a.m to 6.00 p.m. public access time.

"We have been receiving a lot of requests to keep the monument open during the night hours. We are dedicated to make this a reality," Patel said.

The Tourism Ministry is also planning to illuminate the area around the monument and develop other infrastructure required to deal with night rush.

Night viewing of the Taj Mahal is available on five days in a month -- on full moon night and on the two nights preceding and following the full moon.

The Tourism Ministry is currently engaged in getting clearances for the new plan from various departments.

Taj Mahal sees an average of 22,000 visitors a day, with the figure running into millions annually.

The government has decided to extend the visiting hours of 10 popular monuments across India from sunrise till 9 p.m.

Prime Minister Narendra Modi has welcomed the decision to extend visiting hours at these 10 sites and has linked it to the #IncredibleIndia campaign.

Like This Article?
Taj Mahal will soon open every night for all