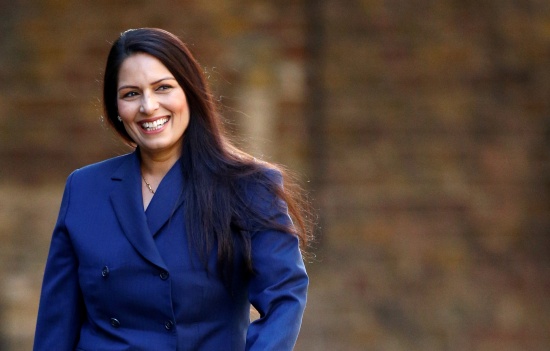 
Four boats were intercepted by Border Force off the coast of Kent, with two landing on a beach in Sussex. Another two dinghies carrying a total of 19 adults, 10 children and a baby were also picked up by French authorities.

More than 900 people, including at least 80 children, have crossed the Channel in small boats this year.

A British Home Office spokeswoman called crossing the Channel in a small boat a "huge risk" and said that "the criminal gangs who perpetuate this are ruthless and do not care about loss of life", the BBC reported.

"We continue to monitor the ongoing situation and are working closely at all levels with French authorities on the issue. The Home Secretary will raise this issue with her French counterpart in the coming days," she added.

On Thursday, the Home Office said 37 migrants - including what it called six "claimed minors" - were found in the Channel and medically assessed.

Another 24 people, including four children, were detained by the police and transferred to Border Force after arriving by boat at Winchelsea Beach in East Sussex.

The Home Office said 65 people who arrived illegally in the UK in small boats have been returned to European countries this year.

Like This Article?
Priti Patel to discuss Channel migrants with France