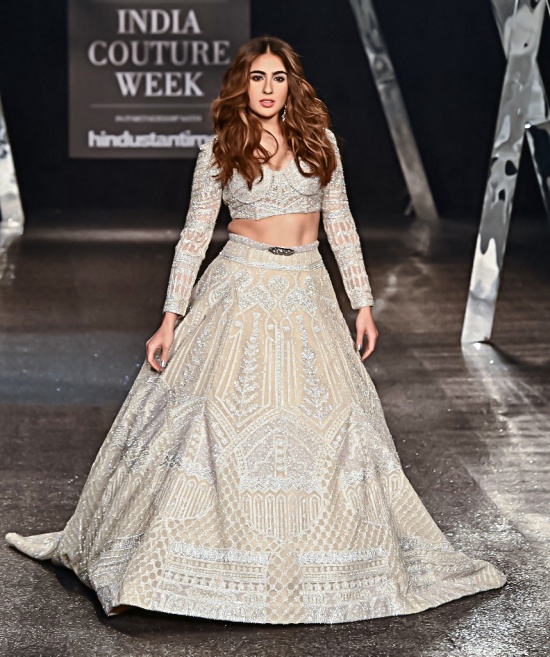 Mumbai, Aug 21 : Be it at airports or at event, actress Sara Ali Khan is normally seen greeting fans with a huge smile. Earlier this month, Sara won millions of hearts when she was spotted carrying her own luggage while leaving the airport. Now, the "Simmba" actress is once again garnering praise for her "down to earth" behaviour with fans.


A video of Sara obliging young fans' request for a picture at the airport is doing the rounds on social media. In the video, Sara, who was returning from Bangkok, is surrounded by young fans at the airport.

Despite being mobbed, Sara did not seem annoyed, and calmly posed with her fans for photo-ops. In fact, she even held a phone in her hand to capture a selfie.

Social media users were impressed by Sara's "humble" gesture and soon praise was pouring across Twitter and Instagram.

"How humble she is," one social media user wrote.

Another user commented "So sweet of her."

On the work front, Sara will be seen in "Cooli No. 1" opposite Varun Dhawan and in Imtiaz Ali's untitled next opposite Kartik Aaryan.

Like This Article?
Sara woos social media by happily posing with kids at airport