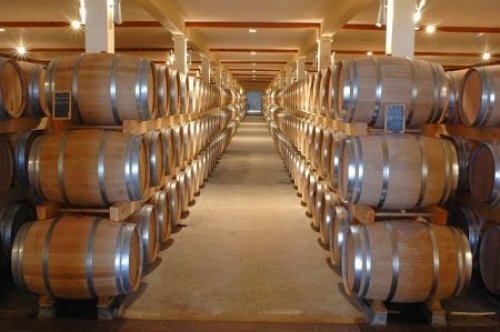 
For the Jonatan Koren winery, music is a key element of the production process with winemaker Koren convinced that it has a knock-on positive effect on the wine.

"We believe that wine is art and we are spiritual people in the end and music is part of it," the winemaker told Efe as he swirls the wine around that has macerated in dozens of wooden barrels exposed all year round to the sound of music, a method that is also used some wineries in Italy or South Africa.

He is convinced that some musical styles generate frequencies that help the molecules of the water contained in the wine to be more symmetrical, an effect that causes a chain of chemical connections within the product that makes it much better, the expert continued.

"Music opens people, it opens the soul and opens the heart and it is the same with the wine," Koren added.

The Israeli winemaker has allegedly proven this theory with several experiments.

In one of them he subjected a wine that contained a virus to "music therapy", and the germ "disappeared by 80 per cent".

In another case, he submitted a wine of the same harvest to a quality test.

After 10 years applying the same method and producing entirely organic wines, Koren turns-over 40,000 bottles annually, sells them in the local market, focuses on an alternative audience and has a large part of his vineyards in Galilee, a region in that alongside the occupied territory of Golan Heights, harbours 41 per cent of Israeli vineyards.

Galilee, where the Christian tradition states that Jesus Christ turned water into wine, "is ideal for wine production".

Its northern side is especially suitable with a height of between 600 and 900 meters above sea level, its abundant rains and cold winter temperatures, wine expert Ronny Ohayon told Efe.

Flanked by its valleys and mountainous geography, it has a land "deep, with a lot of clay", and "a dry climate with low humidity" that has attracted dozens of wineries and has turned the region into the area where wine of the highest quality in the country is produced, Ohayon said.

Compared to European countries such as France, Italy or Spain, where wine production is steeped in historical tradition, the Israeli wine industry is young.

Its beginnings date back to the 1980s and 90s when several farmers started from scratch and launched their wineries.

Average wine consumption in Israel remains one of the lowest in the world but the sector has boomed in the last few decades with 20 per cent of its production exported abroad.

The local industry sold more than 42 million bottles during 2018, and in its entirety, this market generates profits of more than 500 million euros annually.