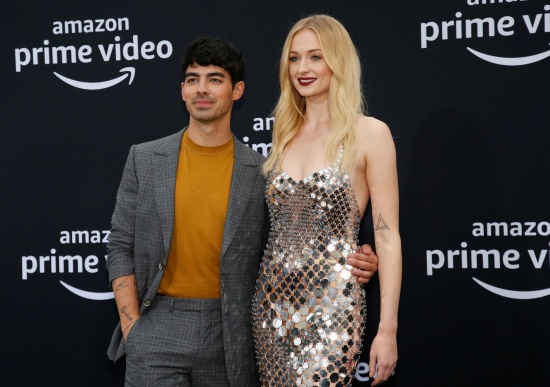 Los Angeles, Aug 20 : Singer Joe Jonas is seen fanboying over his wife and "Game Of Thrones" star Sophie Turner in a new video which has taken social media by storm.

Joe took to his Instagram stories, where he shared a video of Sophie on the road, waiting to cross it.

He is heard acting shocked over spotting the actress on the pavement. Sophie is seen standing with a friend who bursted out in laughter. There comes a time when he calls out a passerby, who is busy recording the "Sucker" singer and screams "Oh my god, look it's Sophie'.

Later, the actress screams, "I just want to live a normal life" and covers her head with a jacket.