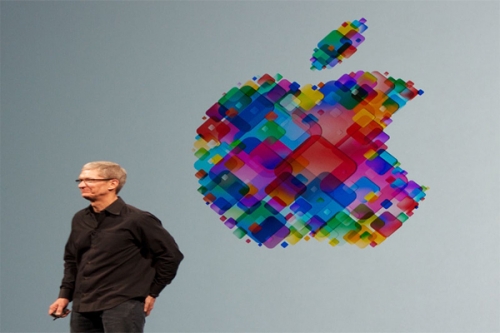 Washington, Aug 19 : US President Donald Trump has praised Apple CEO Tim Cook for "making a good case" that tariffs on China will help Samsung gain more as it is based in South Korea and does not need to pay any tariffs.


In a conversation with reporters, Trump said "he has had a very good meeting with Cook", The Verge reported on Sunday.

"I have a lot of respect for Tim Cook, and Tim was talking to me about tariffs. And one of the things, and he made a good case, is that Samsung is their number-one competitor, and Samsung is not paying tariffs because they're based in South Korea," Trump told the media at a New Jersey airport.

Most of Apple's products are assembled in China and will be subject to an additional 10 per cent import tax later this year.

The ongoing trade-war between the US and China has caused Apple's iPhone production costs to rise as much as 3 per cent because of the new retaliatory tariffs imposed by Beijing, to come into effect from September 1 for products like the Apple Watch and AirPod.

Trump met Cook during a dinner on Friday night, saying that Apple would be spending "vast sums of money in the US".

"It's tough for Apple to pay tariffs if they're competing with a very good company that's not. I said, aHow good a competitor?' He said they are a very good competitor. So Samsung is not paying tariffs because they're based in a different location," said Trump.

Samsung has most of its manufacturing base in South Korea and Vietnam.

Apple iPhones would be around $100 more expensive in the US once new 10 per cent tariff on $300 billion in goods imported from China comes into place from September 1.

"iPhone sales in the US, China and other markets could fall by 8 million to 10 million," CBS News reported earlier this month.

In May, Fortune quoted a Wedbush analyst Dan Ives as telling investors that tariffs on the device's Chinese-made batteries and other components would increase Apple's manufacturing cost by 2 to 3 per cent.

According to Ives, Apple's costs could soar higher if the Trump administration follows through with a plan to add an additional $325 billion in tariffs to Chinese goods. If that happens, iPhones would cost an extra $120 each to produce.

Like This Article?
'Tim Cook right that China trade war will help Samsung'