The glorious days of Test cricket are back 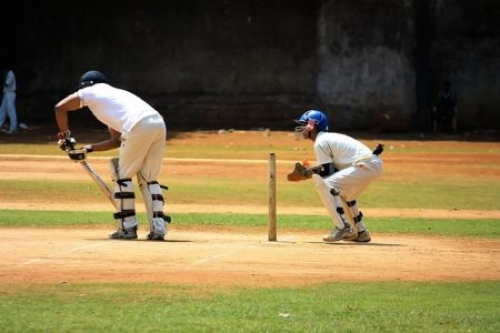 Before the stroke of midnight to mark India's 73rd Independence Day, Indian cricket came alive when they won the inaugural tournament for the differently-abled in the Physical Disability Cricket World Cup in England.


It was a marvellous feat for a champion side that struggled to meet expenses and sponsorships. They must have been blessed from heaven by Ajit Wadekar, who had tirelessly spearheaded this cause and whose first death anniversary, so appropriately coincided with the wonderful victory.

Ajit's persistent efforts have finally borne fruit. The Board of Control for Cricket in India (BCCI) did give their blessings and approval to the team, but failed to loosen their purse strings. One hopes that the BCCI, along with the cricket loving public of India, wakes up and realise the effort, hard-work and hardship that these physically-challenged enthusiastic cricketers put in for the love of the game. These Indian cricket heroes need to be recognised and rewarded.

The Indian cricket team, in the meanwhile, as predicted, demolished the West Indian side in the T20s and the ODIs. These were important victories for India as after the surprise defeat in the semi-finals of the World Cup, one could see and feel that the team's confidence was at an ebb.

Virat Kohli, with two centuries in the ODIs, seems to be a player on a mission to shatter most batting records and one marvels at his consistency and hunger to score runs.

India now look ready to start their campaign against a relatively weak West Indies side in their quest to win the ICC World Test Championship. This is a very good initiative by the ICC to give a boost to Test cricket. Furthermore, the championship makes every match and series important as teams will get points to take forward. The top players of each side will need to play every game, as none of the teams have the luxury to take a match lightly. Every side will be required to play in a more aggressive and positive manner as a win in every individual match would be important in the final outcome, even if a series has been already won. The conventional and glorious form of the game did desperately require this boost to revive its lost popularity amongst the millions of cricket enthusiasts.

Unfortunately, India will not be playing two of the top Asian sides, Pakistan and Sri Lanka, unless they make it to the finals. It could prove to be a blessing in disguise, but a championship does require every team to be pitted against each other to truly reflect the world champion.

The World Test Championship has got underway with England playing Australia for the historic Ashes and Sri Lanka playing New Zealand at home. Watching the men in white, surrounded by the lush green outfield, is a joy for any cricket connoisseur. The ability to handle tough situations through skill and patience for both batsmen and bowlers as well as the threat of lurking fielders around the bat, brings a twinge of excitement that limited-overs cricket can never replicate. This has been the backbone of why cricket became popular and has remained so, for well over a century.

The only blemish one sees is in the introduction of numbers on the back of the jerseys of the players. One gathers it is for identifying players in the world of digital and television viewership, but a Steve Smith wearing number 49 on his back has no relevance at all to the general viewer.

The great Brazilian footballer Pele or the famous Argentinean footballer Diego Maradona as well as Sachin Tendulkar in limited overs version of cricket wore the "number 10" shirt. This is a completely different story from the jarring black on white clothing. The coloured clothing somehow diffuses the numbers and does not make it so prominently visible.

The limited over versions of the game has made champions of some average cricket batters and bowlers. The Test Championship should give us a good indication of the good, the bad and the average.

Smith has started the ball rolling among the batsmen with two scintillating centuries in the very first match of the championship. Spin bowling is making an important impact in the way the present initial Test matches are progressing. A wonderful sight to see and it feels like the glorious days of Test cricket are back.

Like This Article?
The glorious days of Test cricket are back