Education and its economic outgrowths 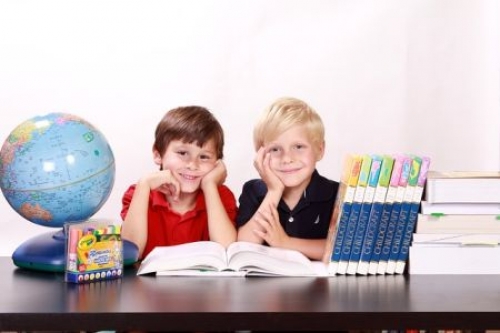 In his Independence Day speech, Prime Minister Narendra Modi highlighted the issue of population explosion in the country and the need to address it.


He added education as a means of both moderating the trend of rising population and making them productive as well. Development trends throughout history have shown that as literacy levels go up, fertility rate falls and economic growth is easier to achieve. The latter is due to the fact that with education, child progress takes place at a faster rate making the future generation of workforce more productive.

Keeping this in view, the National Education Policy (NEP) is updated regularly to ensure equitable access to high quality education to the children of the country. The most recent, NEP 2019, is still in the public domain for wider consultations. Since the country's independence in 1947, Indian government has always sponsored a variety of programmes to address the problems of low levels of literacy rates in rural and urban India alike.

The first NEP was formulated in 1968. Based on the reports and recommendations of Kothari Commission (1964-1966), the Indira Gandhi government called for radical restructuring and equalizing educational opportunities to achieve national integration along with greater cultural and economic development. This policy laid the groundwork for all the other education policies that followed it.

Focusing on compulsory education for all children till the age of 14 years and introducing the policy which promoted the three-language formula (promoting learning of regional language), it gave way to the next educational policy, National Education Policy 1986. This policy, under the Rajiv Gandhi government focused on the inclusivity of the Scheduled Castes (SC) and Scheduled Tribes (ST) by promoting scholarships, incentives to poor families, and recruiting more teachers from the backward classes.

Due to such initiatives, India has been on track of an improved and inclusive educational condition that our society requires to provide to our next generation. Literacy rate since the time of Independence has increased from 18.33 per cent (Census 1951) to 74.04 per cent (Census 2011). In the decade between the last two Census' alone, the country's literacy rate shot up by 14 percentage points.

On the other hand, gender disparity has still been an area that the existing policies have not significantly influenced. As reported by Census 2011, there is a wide gap between the literacy rates of males (80.9 per cent) and females (64.60 per cent). This gap is also a leading cause for the population explosion that the country has experienced through its impact on family planning. Despite the best government efforts through initiatives like 'Beti Bachao Beti Padhao', the trend has persisted.

Along with such issues of basic literacy, India's education system will also need to address the problem of employability. Each year the Annual Status of Education Reports (ASER) reveal the learning deficit of Indian students beginning at the level of elementary schools. The last report found that more than half of Class V students can only read texts meant for Class II. Such deficiencies will impede the country from achieving optimum productivity levels in the long run.

The NEP 2019 emphasises on these as well as many other obstacles in achieving a better education system and looks to achieve a plethora of goals in the next decade. Starting from early childhood care and education, NEP 2019 aims to achieve quality education for children between 3-6 years and ensures that every student in Grade 5 and beyond would achieve literacy and numeracy by 2025. The policy also aligns itself with the Goal 5 of SDGs by aiming to achieve universal Gross Enrolment Ratio in schools as well as universal youth and adult literacy by 2030 after extending the Right to Education Act from pre-school till Grade 12.

Along with these, NEP 2019 also considers that the government bodies and policy makers do have a huge role to play. First, it emphasizes on increasing school governance by organizing schools into school complexes ensuring availability of infrastructure, resources and people. Second, it plans to establish an apex body, the Rashtriya Shiksha Aayog, which would act as the custodian of the vision of education in India headed by Prime Minister. Third, the higher studies institutions would have autonomy on academic, administrative and financial aspects of their institutes. Finally, the policy would also catalyse research and innovation across the country through the formation of a National Research Foundation.

The implementation is still key in deriving the desired outcomes through the NEP, but it sets the required agenda on achieving child progress and, through it, a moderation in population growth and robust economic growth in the future. By increasing the importance of co-curriculars as well as vocational training, for instance, it would provide a child with a multi-disciplinary background, which might be the need of the hour in an increasingly mechanised world. The effect of these initiatives will only be realised over the long run but a timely shift in narrative towards better education outcomes was necessary and a commensurate policy shift is welcome at this time. The India of the future demands it.