Now for the roadmap for financing 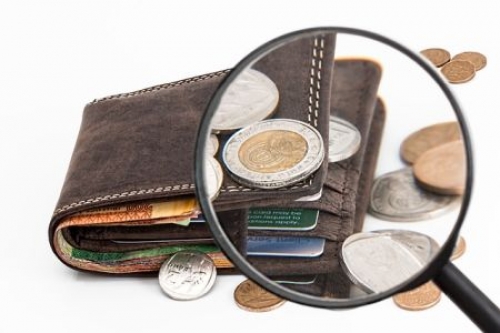 As India celebrated its 73rd Independence Day, the roadmap for the next phase of growth is of prime importance and much interest across the spectrum. While the details are being debated upon, the three focus areas of greater details on the financing of new investments, efficient allocation of government funds and innovative steps around the privatisation of government assets deserve increased attention.


Greater clarity must emerge around the actual financing path of the large-scale investments that the government plans to undertake to boost investor sentiment. For instance, the "Jal Shakti Abhiyan" on the creation of water assets in India is a well-thought-out and vital idea. As various estimates will emerge in regarding the total investment required, concurrently more significant details must start appearing about how exactly the multiple components such as access to piped water, river linking and water conservation projects of the much-required and ambitious water projects will be delivered.

Financial details, as discussed above, are essential since not all projects will have financial viability utilising project generated cashflows, and perhaps certain large projects will have significant economic value with no cashflows at all. Therefore, a clear roadmap that lays out the financing plan in terms of investments, revenue generation and sources of financing is vital. As more important details regarding the sources, utilisation and timelines emerge regarding the large-scale infrastructure projects, investor sentiment will get a significant boost. A gradual but detailed delineation of the financing path will both provide related sectors with a good idea of the capital inflow

and more importantly allow investors to brace themselves for imminent opportunities.

As the clarion call for higher government spending, tax-cuts and rebates picks up momentum to boost the economy, the efficiency in the financial management of government resources deserves more attention. True, that asset monetisation, greater tax compliance, and privatisation are all essential elements of the investment scenario, better efficiency in utilising available government funds is as important. For instance, of the funds collected through the coal cess, amounting to RS 86,440 crore between 2010 and 2018, approximately Rs 29,645 crore has been transferred to the National Clean Energy Fund (NCEF) and the rest is sadly idling.

As per GST law implemented in 2017, the coal cess is to be utilised for compensating states for revenue loss. Now a well-thought-out policy is needed to balance out both the requirements that are of importance. While some stakeholders have strongly advocated the utilisation of coal cess only for financing a clean energy transformation for India, a balanced approach that also understands the importance of stable state financing for growth is needed. The critical lesson from the unused coal cess is that greater clarity about the utilisation of government resources to achieve intended outcomes is as crucial as levying the cess. As India looks to garner huge investments, especially in a high-energy consuming economy, the utilisation of available funds is as important as identifying new sources of finances.

The talk around asset monetisation and listing of assets has been in the news of late and is a topic of prime importance. Recent news suggests that the government might consider listing Airports Authority of India (AAI). While this is the right thing to do to unlock value and much-needed capital, India also needs to look far beyond and innovate further by considering whether instead of AAI, the listing of individual airports or a pool of airports is possible. The aim must be greater clarity and transparency around the listing process that listing individual airports, or a pool of such airports might provide, in addition to kickstarting a process of listing valuable government assets to generate capital.

Perhaps the most critical aspect of the listing process besides the details of the assets being listed is the fund utilisation from the proceeds that accrue to the government. A transparent method of the implementation of bespoke asset listing, fund utilisation and management of the listed asset will be needed for the listing process to flourish. Another important point that needs to be kept in mind is that the process being utilised for the listings must create a template that can be both used and improved upon to be applied to other sectors of the economy. As India looks to boost the economy, the country needs a roadmap that lays out the source, path and utilisation of capital. The positive multiplier effect on private investment, incomes and consumption that such a roadmap can provide is vital for the next phase of growth.

(The views expressed in this article are personal and that of the author. The author heads Development Tracks, an infrastructure advisory firm. You can contact him at [email protected] or @Taponeel on Twitter)

Like This Article?
Now for the roadmap for financing