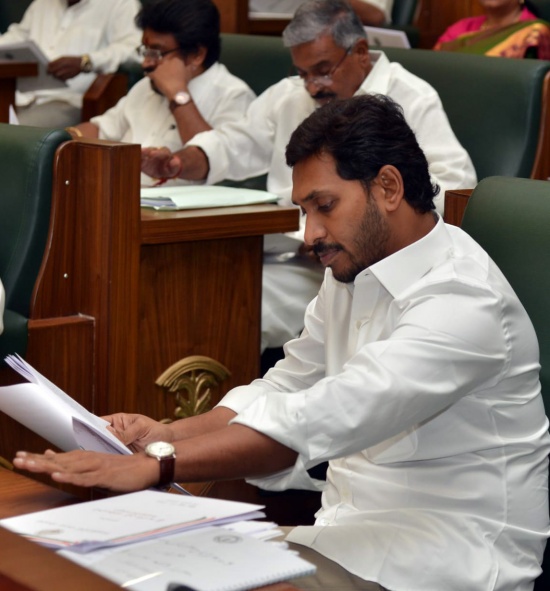 
The Chief Minister set the launch date and completion timeline of various welfare programmes after a series of review meetings.

Under the YSR Rythu Bharosa scheme, farmers holding up to 5 acres of land will be given Rs 50,000 assistance a year. It will be given in four equal instalments of Rs 12,500.

Jagan Reddy asked collectors to ensure fair and transparent implementation of the scheme. The village secretaries would issue cards to the tenant farmers to be applicable for 11 months.

He said 2.5 lakh village volunteers, recruited in 40 days, would start functioning on August 15 and act as bridge between the people and the village secretaries.

The chief minister was informed that 90 per cent of grievances received under Spandana were being solved.

Like This Article?
Jagan to invite Modi to launch YSR Rythu Bharosa scheme