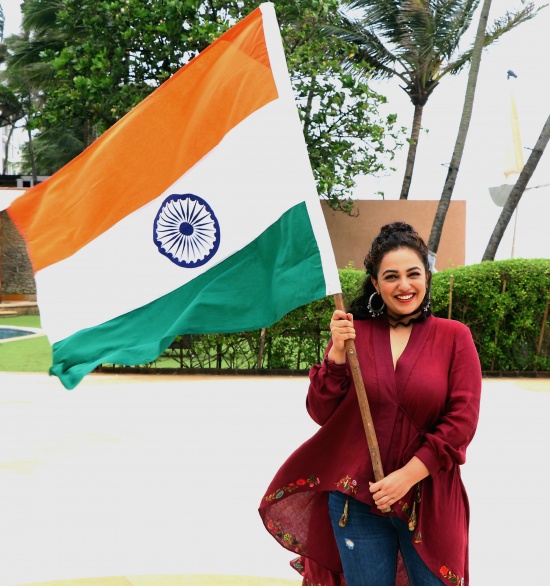 Mumbai, Aug 13 : Actress Nithya Menen is a major star in southern films, but she says she is happy to make her Bollywood debut in the multistarrer "Mission Mangal" that features four other actresses along with Akshay Kumar. Nithya added that she never wanted to debut in a conventional rom-com, unlike the norm.

"My choice of films from the beginning was unconventional, maybe because I never wanted to become an actor. It was not my biggest dream. I did a film because I loved the story. So when I decided to debut in Bollywood, I was not really looking for a conventional rom-com," Nithya said, during a media interaction, adding "For me, a film has to bigger than an actor. That is the only way we can make good films. A film becomes mediocre when the actor becomes bigger than the story. It creates an imbalance. For me, the story matters."

She says she wanted to be a journalist initially, but then "in the second semester, I realised this is (journalism) not what I want to do". She recalls having a tough time convincing her parents.

"My parents were hesitant initially. I think our parents' generation is too scared about our future and they want us to see go for a secure profession. So, being a banker, a doctor or an engineer is usually the right profession for them. In my home, creative jobs such as acting and music were not highly encouraged. Today, of course, my parents can see I am doing well and are okay now," shared the actress who has appeared in films like 'Malli Malli Idi Rani Roju', 'Mersal', 'Malini 22 Palayamkottai' among others.