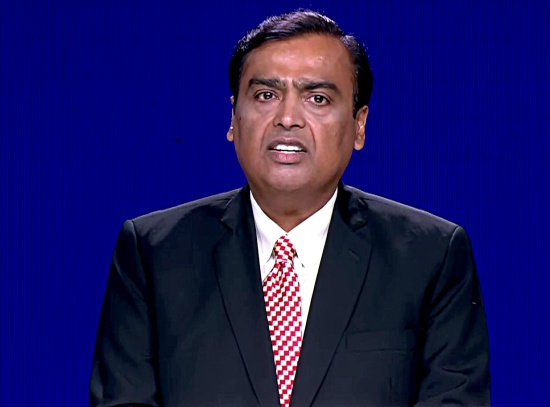 Mumbai, Aug 12 : Describing the fundamentals of the Indian economy as strong, Reliance Industries Ltd (RIL) Chairman Mukesh Ambani on Monday said that the ongoing slowdown in some sectors of the economy is temporary.


Addressing RIL shareholders at the 42nd Annual General Meeting (AGM), he said that the opportunities will grow further with structural reforms and noted that India has the required political stability.

"The slowdown in some sectors of the economy is temporary. The fundamentals of the Indian economy are very strong," Ambani said.

His statement comes at a time when the growth of the Indian economy has slowed and consumption is significantly low in several sectors led by automobiles, real estate and FMCG.

Ambani further said that he endorsed Prime Minister Narendra Modi's target of making India a $5 trillion economy by 2024 and observed that India would touch the $10 trillion mark by 2030.

"Indeed, I can clearly see India becoming a $10 trillion economy by 2030, with every Indian as a beneficiary," he said.

The RIL Chairman added that the government is laying the foundation of new institutions for business promotion and regulation and new long-term measures are being taken to improve ease of living for all citizens, and reduce income inequality.

"India is rising. No power on earth can stop India from rising higher," he said.