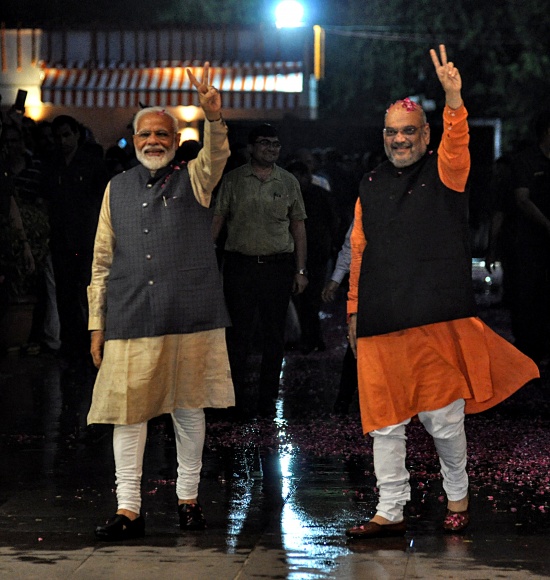 Congratulating Shah on his 'Mission Kashmir' (revocation of Article 370 which conferred special status on Jammu and Kashmir), Rajinikanth termed it as a 'fantastic' move.

The actor said "We don't know who is Krishna and who is Arjuna. It is only they know (Modi and Shah)."

Hindu God Krishna is incarnation of Lord Vishnu and Arjuna his disciple in the epic Mahabharat.

Rajinikanth was speaking at a function organised to release the book titled "Listening, Learning and Leading" which chronicles two years in office of Vice President M.Venkaiah Naidu.

He praised Naidu as a complete spiritual person who is interested in the welfare of people.