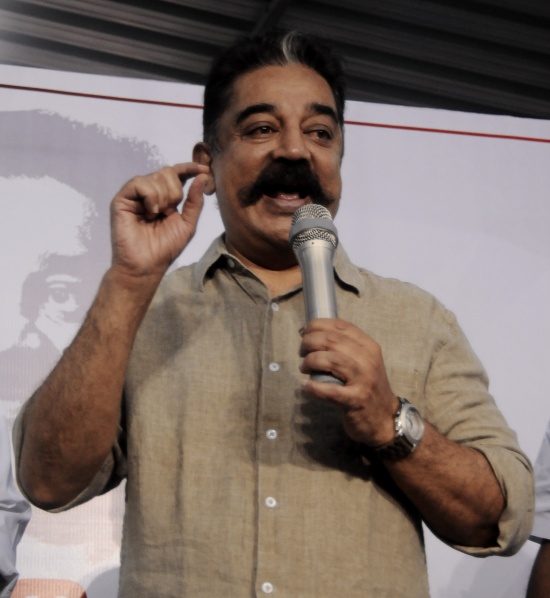 Chennai, July 17 : Actor-politician Kamal Haasan came out in support of actor Suriya, who was earlier criticised by the ruling AIADMK government of Tamil Nadu and the Bharatiya Janata Party (BJP) for his opinion on the National Education Policy 2019.the draft National Educational Policy.


Haasan on Wednesday took to Twitter and posted a lengthy statement saying he condemned the "autocratic attitude of the Centre and the State".

"I agree with many of the points Suriya raises and he has my support. I condemn the autocratic attitude of the Centre and the State," the The Makkal Needhi Maiam chief tweeted in Tamil.

A few days ago, Suriya raised concern over the Centre's National Education Policy at an event, urging people to start discussions and raise questions on the policy, as he felt it had many loopholes.

According to Suriya, some of the provisions of the policy would leave students from rural areas at a disadvantage.

However, Suriya's speech did not go down well with several politicians of the BJP, including Tamilisai Soundararajan and H. Raja.

Amidst all the backlash on Wednesday, Haasan lent his support to Suriya and said "Brother Suriya has my support. He has every right to talk about education, as his family has done a lot for educational development of the poor."

The draft NEP that proposes sweeping reforms in the country's education sector, has been placed in the public domain for suggestions till July 31.