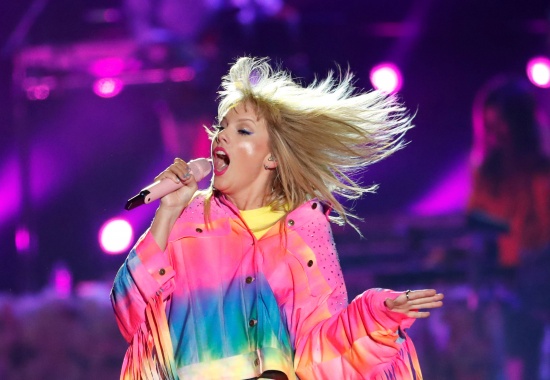 Los Angeles, July 10 : Singer Taylor Swift has been named as the world's highest-paid celebrity with her earnings of USD 185 million over the past year, beating reality TV star Kylie Jenner, who ranked second on the Forbes Celebrity 100 list.


The 'Blank space' hitmaker had also topped on the list back in 2016, with $170 million earnings.

According to US reports, Swift, 29, minted millions from her Reputation Stadium tour in 2018, as well as Netflix's streaming of the tour, and her new deal at Republic Records.